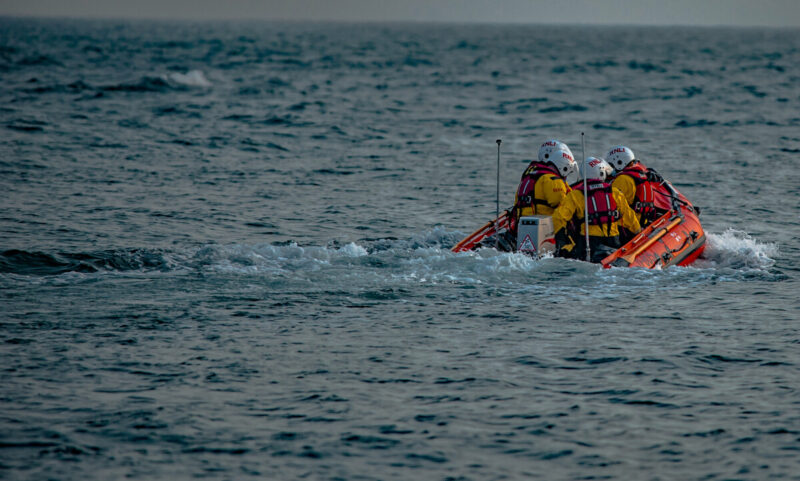 At 4.46pm today Tuesday 10 August 2021 the crew of Exmouth RNLI Inshore Lifeboat D-805 George Bearman II  were tasked by H.M. Coastguard to attend a report of a 12 year old boy who had gone missing whilst out swimming from Sandy Bay.

The charity’s lifeboat launched at 4.55pm, crewed by Helm, Guy Munnings and volunteer crew Sarah Pennicard and James Edge who quickly made their way to the last known position of the young man and commenced a search of the area. 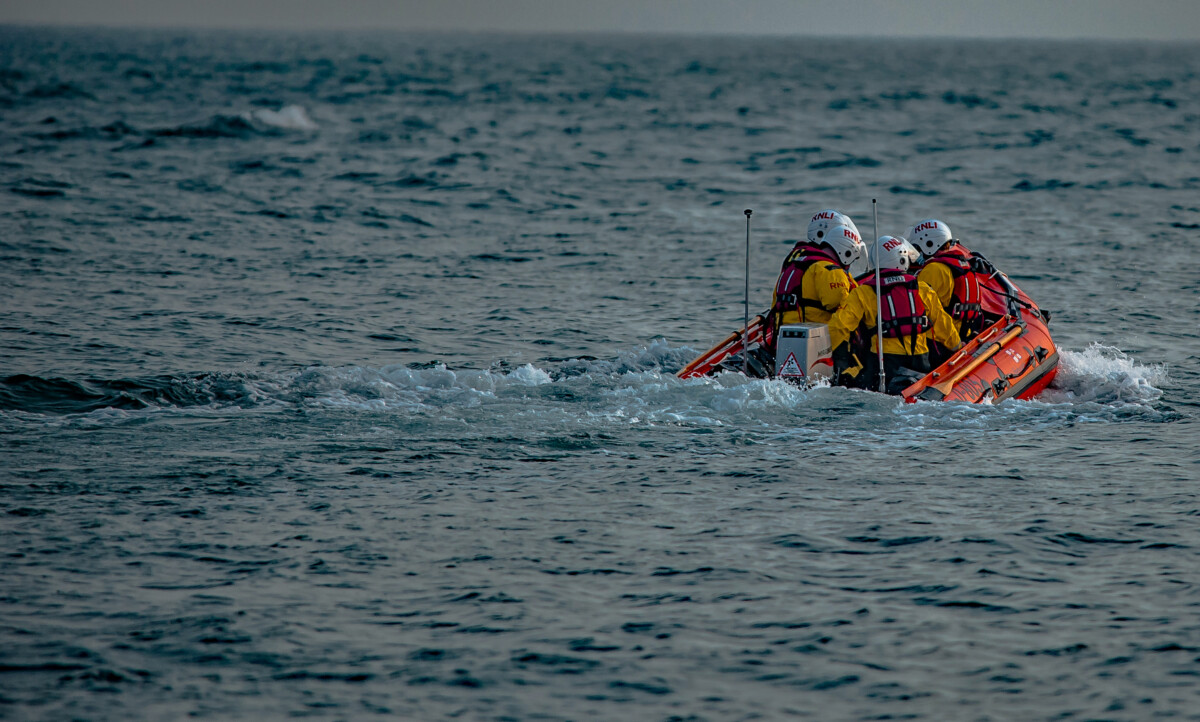 At 5.10pm the search for the missing child was called off after it was established that he had been found safe and well by an RNLI Lifeguard at Sandy Bay. The boy was reunited with his mother, was not injured and did not require medical attention.

Helm, Guy Munnings said, “We received a report of a missing child who was last seen swimming in the sea off Sandy Bay and were tasked to commence an immediate search of that area. Fortunately he was found safe and well by one of our lifeguard colleagues who was on duty at Sandy Bay beach. Children should be supervised at all times and people of all ages should avoid swimming alone. We want people to enjoy the coast but urge everyone to respect the water, think about their own safety and know what to do in an emergency. Myself and my crew were pleased this incident concluded safely.”

Comprehensive RNLI safety advice for families taking their children to the coast can be found here :