Articles Two assignments in an hour for Exmouth’s RNLI

Two assignments in an hour for Exmouth’s RNLI 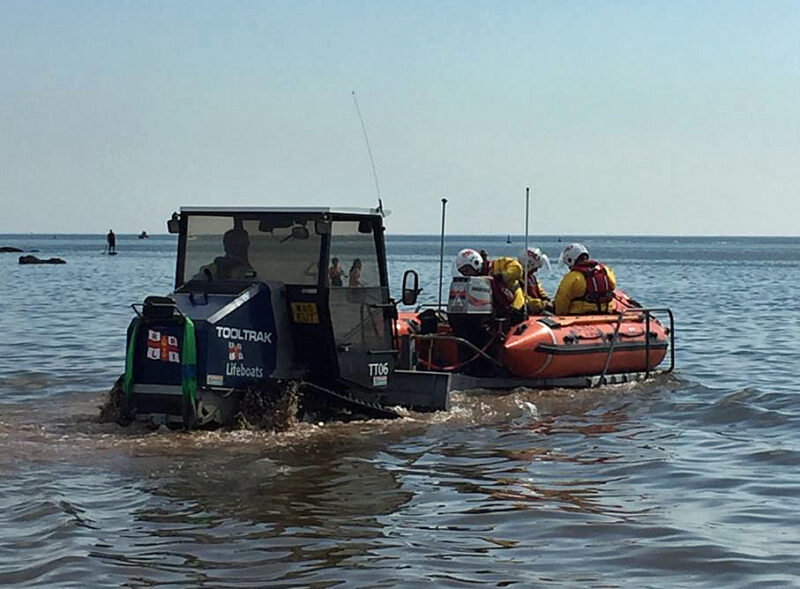 Two assignments in an hour for Exmouth’s RNLI

The volunteer crew at Exmouth RNLI Lifeboat Station had a busy afternoon today, Saturday 8th August 2020, when they were tasked to two assignments within a short time of each other.

The first call for assistance came at 14:16hrs after a request from HM Coastguard to attend a report of two individuals in a dingy off Red Rock / Dawlish Warren apparently in difficulties and making no progress. Exmouth RNLI Inshore Lifeboat ‘Peggy D’ was launched a few moments later by Exmouth RNLI Head Launcher, Mark Sansom and Tractor Driver, Neil Cannon. 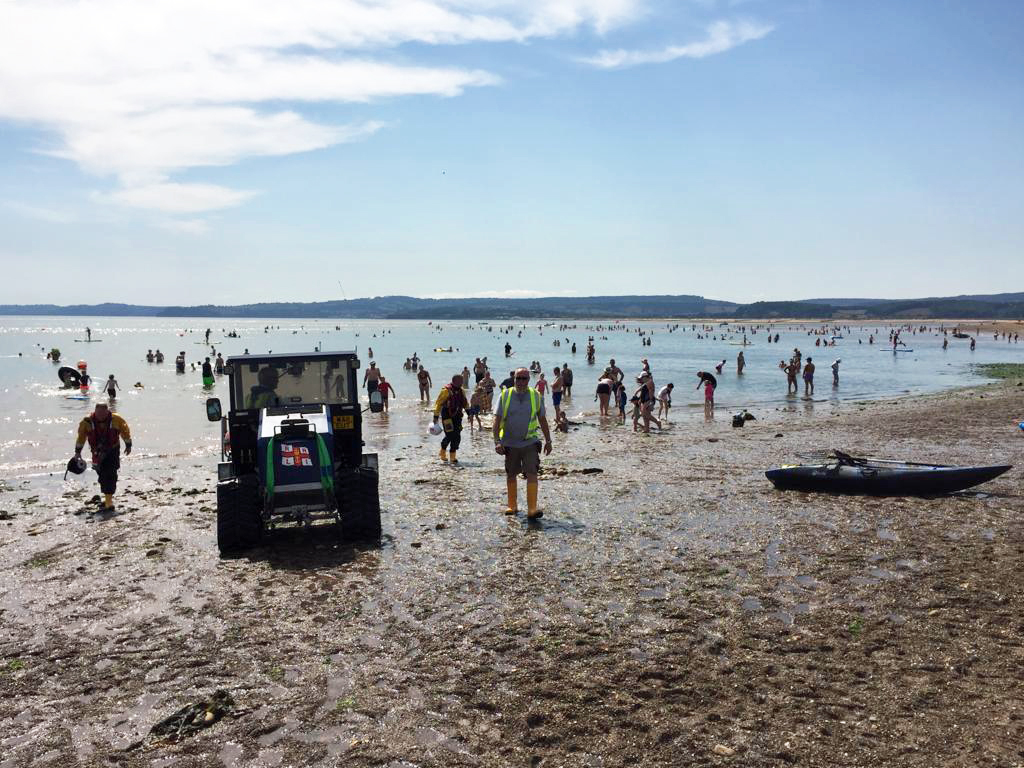 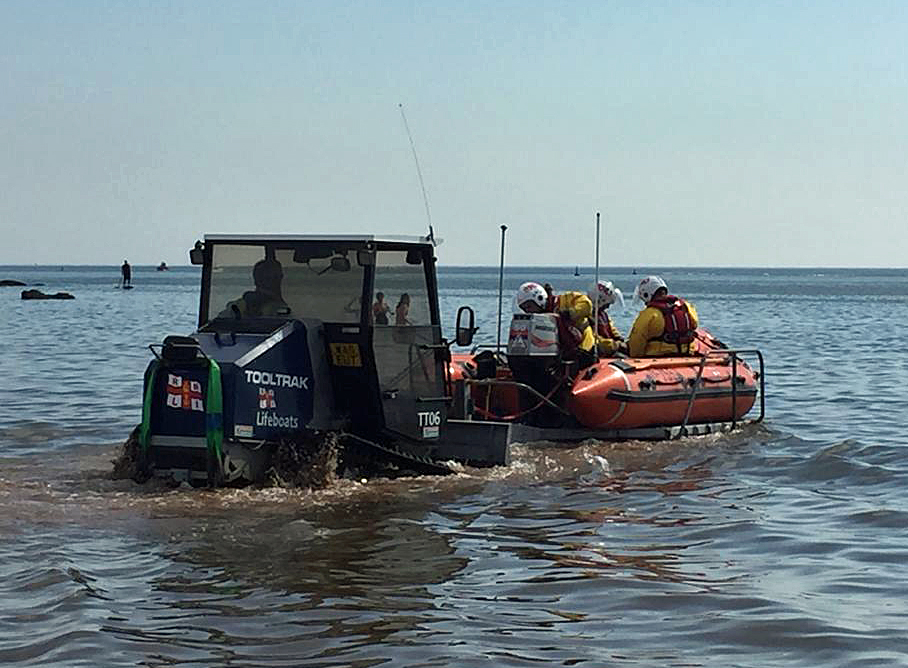 The lifeboat, commanded by Helm, Guy Munnings, and crew James Searle and Charlie Allen, immediately sped to the area where they made contact with the occupants of the dingy. It transpired that no assistance was required and the two individuals were given safety advice by the lifeboat crew.

Following the rescue, the lifeboat returned to Exmouth Lifeboat Station at 15:02hrs and was back on service at 15:15hrs.

A few minutes later at 15:24hrs the same day, the second call for help was made after a request from Lifeguards on the beach at Sandy Bay for assistance to administer first aid to an 18 years old male with a knee dislocation.

The same lifeboat re-launched very shortly afterwards by Exmouth RNLI Head Launcher, Mark Sansom and Tractor Driver, Neil Cannon. The lifeboat, commanded by Helm, Guy Munnings, and crew Harry Griffin and Charlie Allen, immediately made their way to the beach where they assisted the lifeguards and administered further first aid and pain medication to the injured party.

Due to the condition and location of the casualty, a decision was made by the crew to transport him safely back to Exmouth Lifeboat Station arriving there at 16:45hrs from where he was taken to hospital for further treatment. The inshore lifeboat was back on station shortly afterwards. 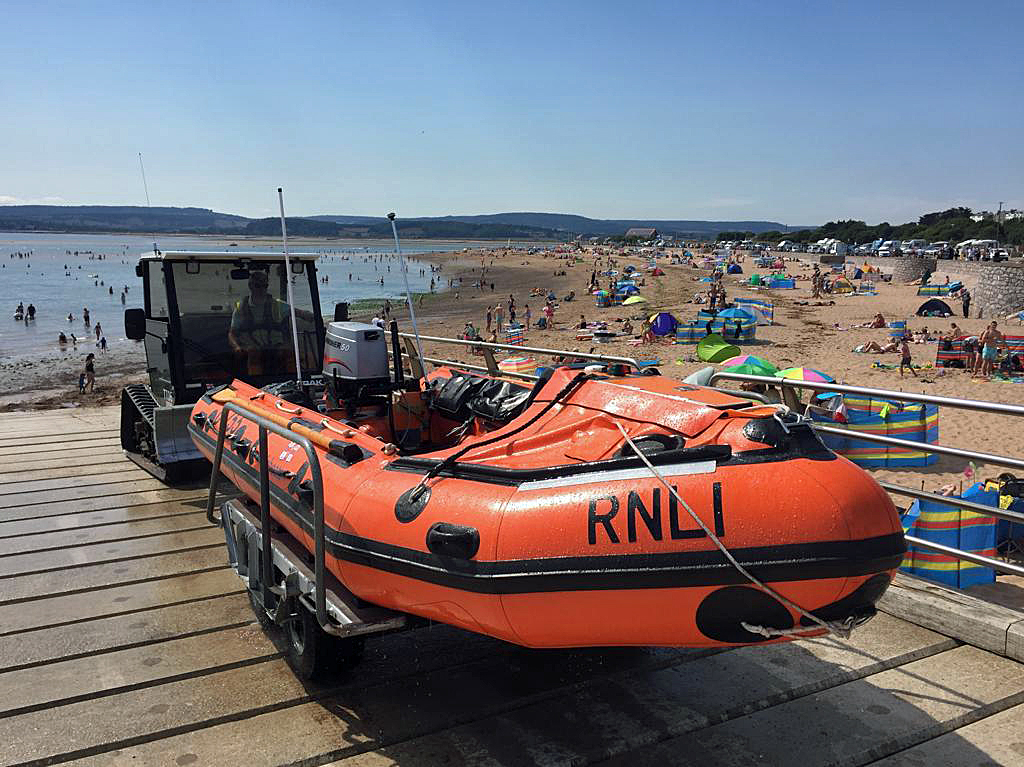 Exmouth RNLI Helm, Guy Munnings, who commanded the lifeboat during both emergencies, said “It was a busy Saturday afternoon for Exmouth RNLI volunteers. The first incident involved two individuals who were seen to be apparently in difficulty and struggling with the tidal conditions locally. On our arrival with the vessel it was established that our help wasn’t required but we were able to provide general safety advice as to the sea state and tidal conditions.

The second assignment was a call for assistance from lifeguards on Sandy Bay beach who were attending to an individual who had dislocated a knee. Myself and my crew were able to get to the scene quickly and administer first aid to the casualty. Due to the location it was decided that the best option was to convey the casualty back to Exmouth Lifeboat Station. He was taken to hospital shortly afterwards. We were very pleased to have been of service on both occasions.”