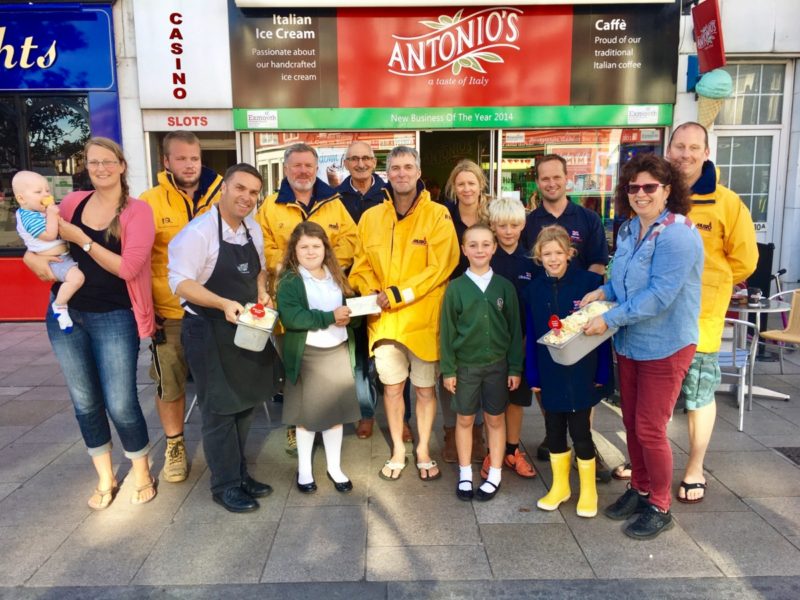 For the third year running a local business, Antonio’s Ice Cream Parlour, in Exmouth has generously donated the sales from their two competition winning ice creams to Exmouth RNLI.

Since Antonio’s opened their doors three years ago they have held an annual competition for school children to design an ice-cream flavour, the most tasty and unusual flavour wins a five litre tub of their winning ice cream and goes on sale in the shop, with all the money from the sales going to Exmouth RNLI. This year however competition was fierce and two designs were chosen by Tony and his wife Caroline to be made into ice creams, Ella’s Lemon Drizzle and Freya’s Flapjack, both Ella and Freya attend Withycombe Raleigh C of E Primary School.

From the two ice cream flavours,  25p from each of the 2400 scoops have raised £600 and the total for the three years of Antonio’s running the competition and raising money for Exmouth RNLI is a staggering £2,300, an amazing gift that will assist in education and help with saving lives at sea.

To receive the cheque and to thank Antonio and his wife for their generosity, both crew volunteers and their families attended the presentation, the youngest to attend, George Satchell, whose dad, Steve and grandfather Mark, are both crew volunteers for Exmouth RNLI, George can be seen enjoying a scoop of Freya’s flapjack! 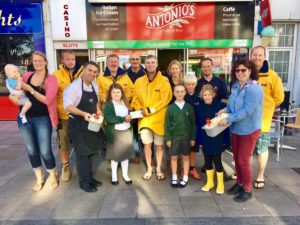