Both Exmouth lifeboats assist two people on yacht in difficulty 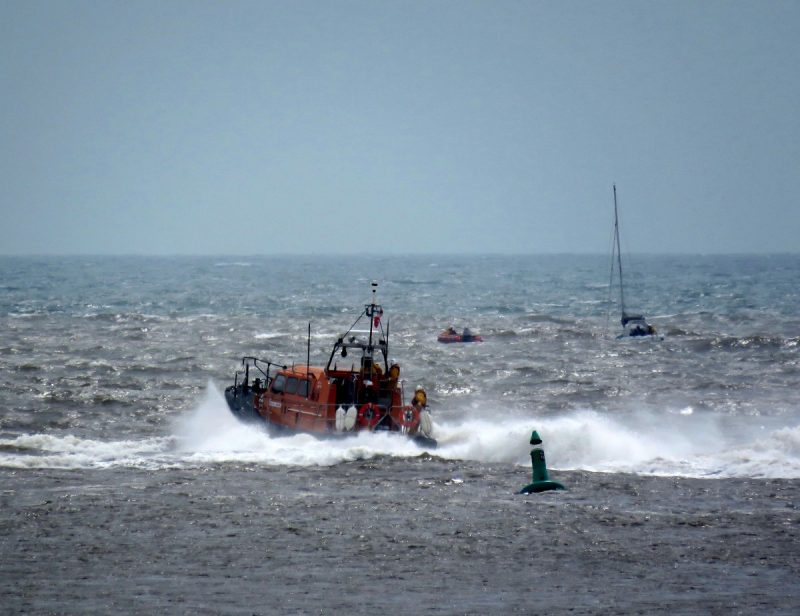 Both Exmouth lifeboats assist two people on yacht in difficulty

On 12 August, inshore lifeboat George Bearman II launched at 1.05pm and Shannon class lifeboat R and J Welburn at 1.15pm following a Mayday call from a 23’ yacht in difficulty, half a mile south of Exmouth lifeboat station.

The engine of the casualty vessel had been swamped by the surf and the yacht was rolling heavily in the big swell, at the entrance to the channel.

The D class lifeboat was first on scene at 1.08pm and requested the back-up of the Shannon class lifeboat due to the sea conditions. An inshore Crew volunteer was placed on board the casualty vessel and started the engine successfully. George Bearman II then towed the yacht into deeper water and R and J Welburn stood by for over two hours, until after low water. The female casualty was taken ashore by the inshore lifeboat at 2pm.

At 4pm, Shannon class Crew volunteers escorted the yacht to a mooring in the river Exe and then took the male casualty safely ashore at Exmouth Marina.

‘Once Shannon class lifeboat R and J Welburn was on scene, it was clear that it was a game of patience to wait for the tide to rise and not risk us going aground. It was pretty lumpy out there and the Crew demonstrated skills we practise regularly during training.’