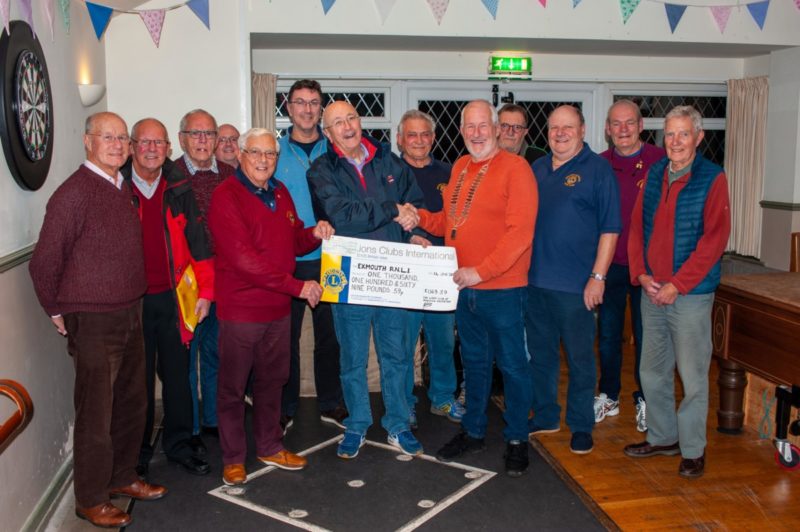 The Club, whose members have been keen supporters of the local lifesaving charity for many years, presented a cheque during their meeting at the Dog & Donkey Public House in Knowle last evening, 14 January. 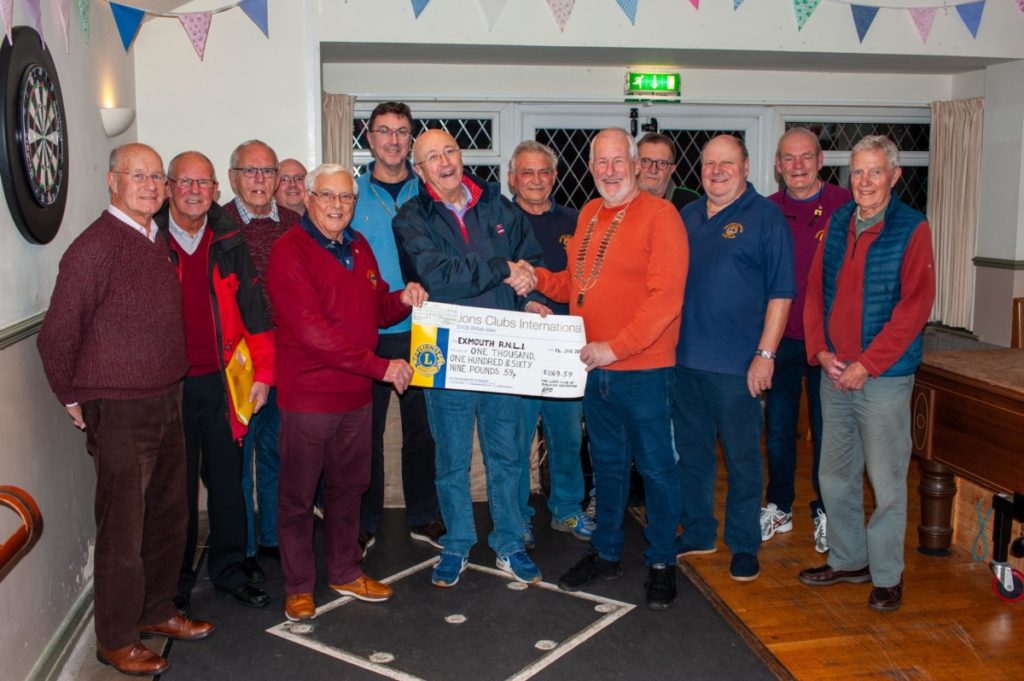 President of the Lions Club, Peter Holmes, said “It’s been another great pleasure for Budleigh Salterton Lions to raise funds for Exmouth RNLI at our Town’s Christmas Swim and I’d like to thank our members and all those who supported our beach collection and gave so generously to this important local charity. We hope to make this a regular Christmas collection in support of Exmouth RNLI.”

On behalf of Exmouth RNLI, Chair of the Fundraising Team, Robin Humphreys, said ”We would like to express our grateful thanks to the Budleigh Salterton Lions Club.  They organised a collection, on behalf of the Exmouth RNLI, at the Budleigh Salterton Christmas Day Swim.  In total they raised  £1,169.59; which will be used for essential training and equipment for the volunteer Exmouth Lifeboat crews.”