On 11th November 2019 fourteen students from Clyst Vale Community College, together with Mrs Heather Padden (Head of History), and Mr Marc Brooks (Head of Art), visited the Lifeboat Station in Exmouth to present a cheque for £997.14 they had raised for Exmouth RNLI, together with £168.84 in cash and a cake to share between the lifeboat crew.

Mrs Padden explained that some years ago the school had become involved with Harry Patch, the last survivor of the trench warfare of World War One. He was then 109 years old, and was the oldest person in Europe. The proceeds from his book “The Last Tommy” all went to the RNLI, and the school have continued this tradition.

Harry’s story is used to teach the students about WW1, and every year on 22nd September they hold a Harry Patch Day to raise funds. This year the challenge was for the students to paint a picture of the flowers in the school’s Harry Patch garden, which is filled with flowers from every country that fought in the Great War. The top fourteen entrants won a trip around the lifeboat station in Exmouth, and proceeds from the sale of the paintings, together with money raised from a cake bake, were handed over on the visit. 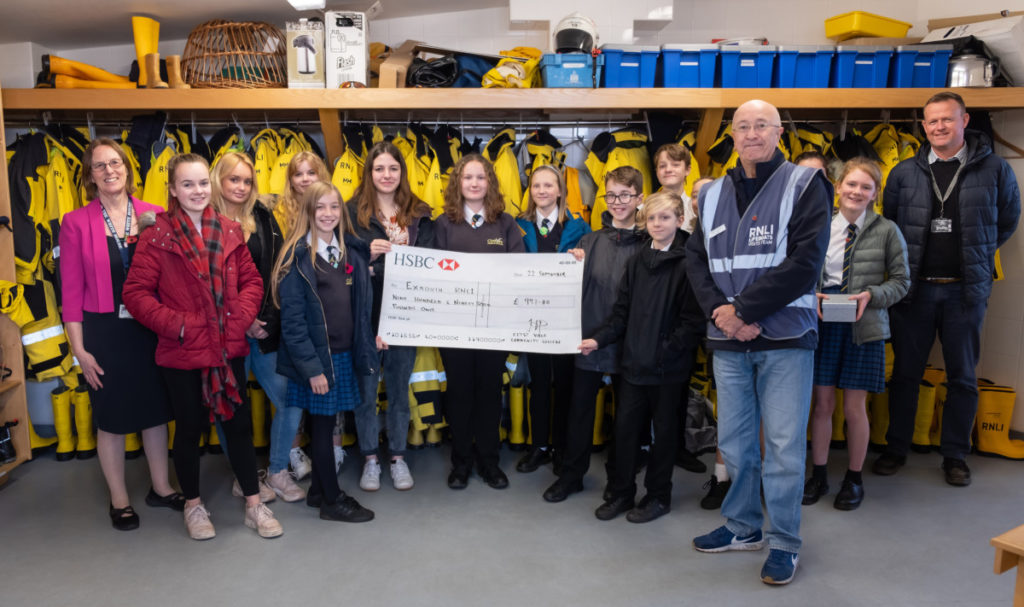 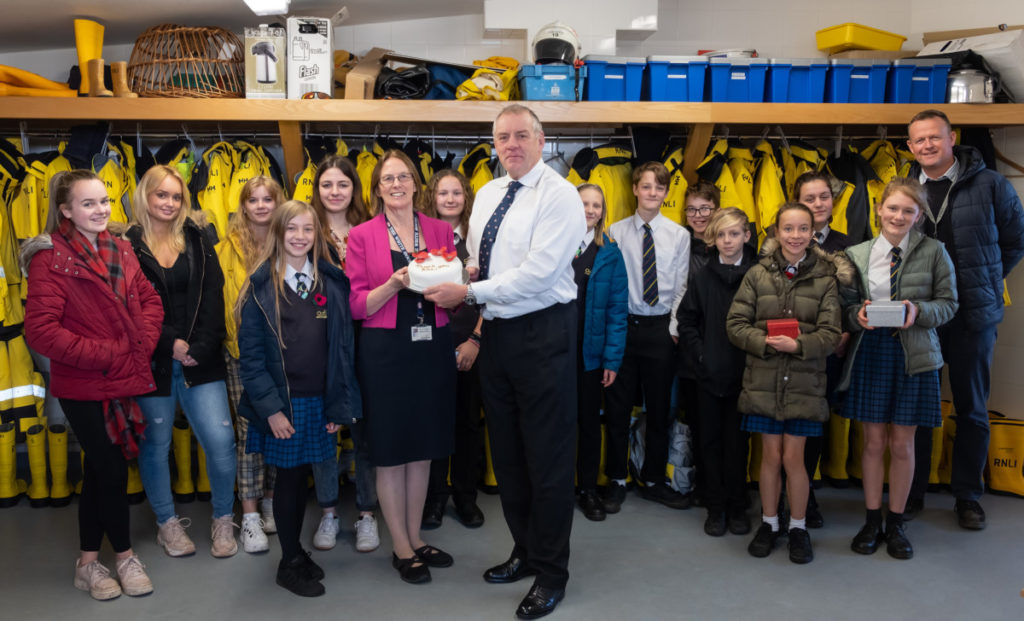 Then students thoroughly enjoyed the trip to the lifeboat station and were pleased to be able to donate such a significant amount to the local volunteer charity that saves lives at sea.

Chairman of the Exmouth RNLI Lifeboat Fundraising Committee, Robin Humphreys, said “It was particularly appropriate to welcome Clyst Vale Academy to the station on 11 November; Armistice Day. The pupils who attended were the winners of an art competition run by the Academy honouring Harry Patch, the last surviving armed forces veteran from the First World War. The pupils raised £1165.98 which they presented to the station along with a cake they had baked for the crew.  The volunteers at Exmouth RNLI are extremely grateful to be chosen as the Academy’ s charity. All the monies donated will go towards the purchase of crew equipment and training; so they can continue to carry out their vital lifesaving work.”