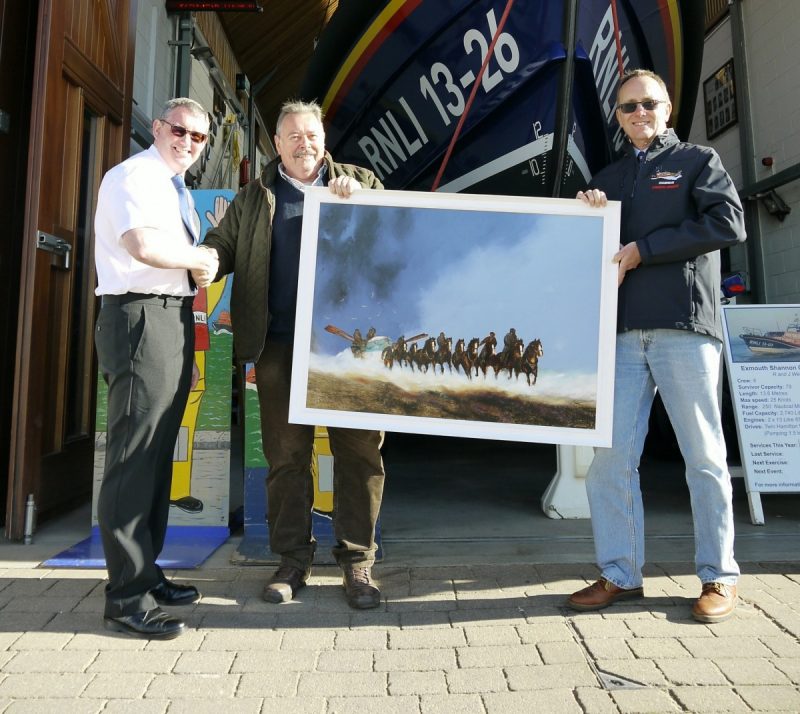 A popular and distinguished artist from Topsham who specialises in Marine Art has donated one of his amazing paintings for the benefit of Exmouth RNLI.

David said, “My love of Marine Art started as a teenager, with close relatives who were marine artists. My love of the world at sea led me to join the Royal Navy, later transferring to the Royal Marines. That’s when I came to know Exmouth and have since travelled widely pursuing my passion. I once visited Ameland where there a reconstruction of a lifeboat rescue with using horses and led to the painting I donated. I have total respect for the RNLI, its volunteer crew and staff and especially the fact that it’s a charity organisation funded wholly by donations from the public. I’m very pleased to donate this painting for this very worthwhile cause”

John Thorogood of the Exmouth RNLI Fundraising Committee said, “This really is a very powerful and dynamic piece of art donated to us by David and we are extremely grateful for his generosity. We will be deciding in the near future how best to raise funds from it and will publicise details in due course.”

David is currently working on a ‘Shannon Class at Sea’ painting that he intends to donate to Exmouth RNLI next year. 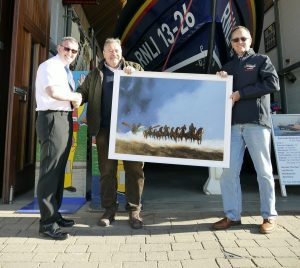