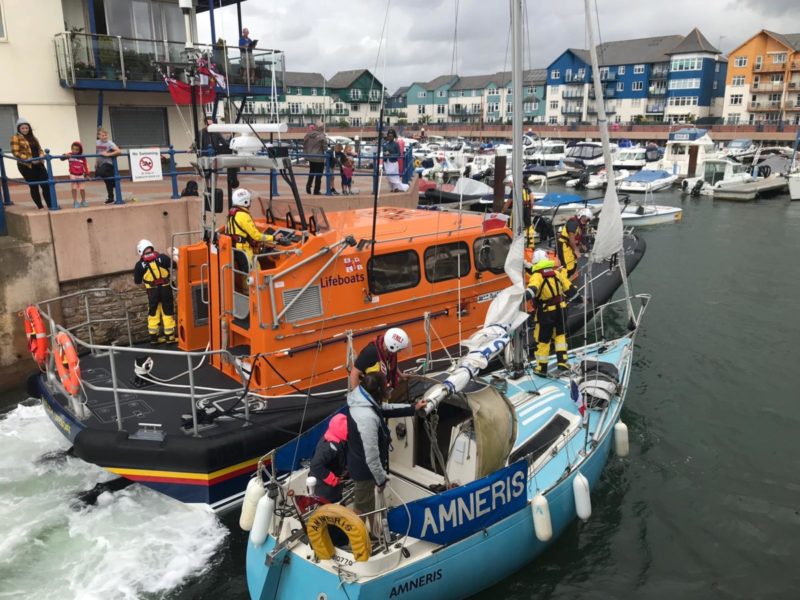 At 11:27am today Tuesday 6 August 2019 the crew of Exmouth RNLI All Weather Lifeboat R & J Welburn were tasked by Solent Coastguard to attend a report of a disabled yacht.

The crew of the eight metre yacht summonsed the Lifeboat after they were unable to make sail or start the engines. 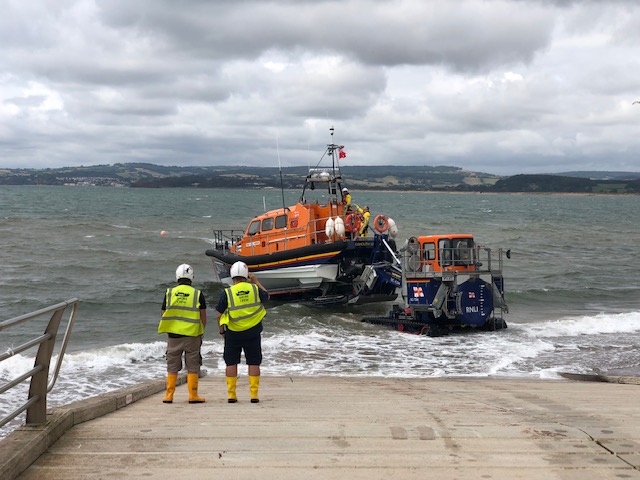 On their arrival at the location it was confirmed that the boat was experiencing difficulties, unable to start engines or make sail. It’s crew, who were uninjured, were experienced sailors, and were  en route sailing from Cherbourg to Torbay.

Exmouth RNLI Coxswain, Steve Hockings-Thompson said ‘We reached the disabled yacht very quickly and took action to secure it and ensure the safety of the crew. My crew successfully rigged a tow and the vessel was taken into Exmouth Marina. We were glad to help the vessel that was clearly in difficulty.”

The lifeboat returned to station at 1:56pm and was back on service shortly afterwards.

Seas were reported as moderate with a 1.5 metre swell and south /  south westerly wind.