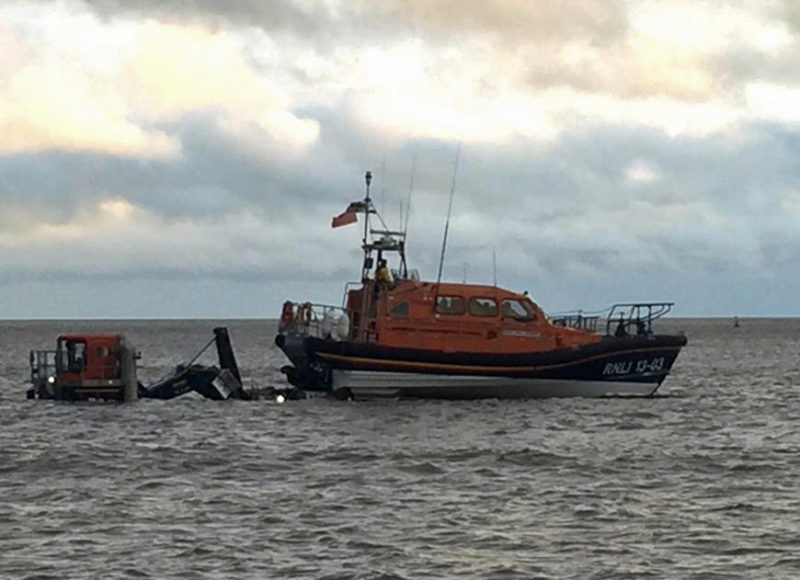 At 15:58hrs yesterday Sunday 03 November 2019 Exmouth’s All Weather Lifeboat, R & J Welburn was alerted by HM Coastguard to assist in a search for two individuals that had been swept into the sea near Freshwater Beach Holiday Park in Bridport, Dorset.

The lifeboat launched shortly afterwards and rapidly made its way to the scene where the crew, led by Coxswain Steve Hockings-Thompson, conducted several searches of the area. They were assisted by Lyme Regis RNLI Atlantic Class lifeboat, Spirit of Loch Fyne, an HM Coastguard helicopter from Lee on the Solent, the Dorset Police helicopter, a helicopter from a Portuguese Naval Frigate in the area and a team from West Bay Coastguard Rescue, Bridport. 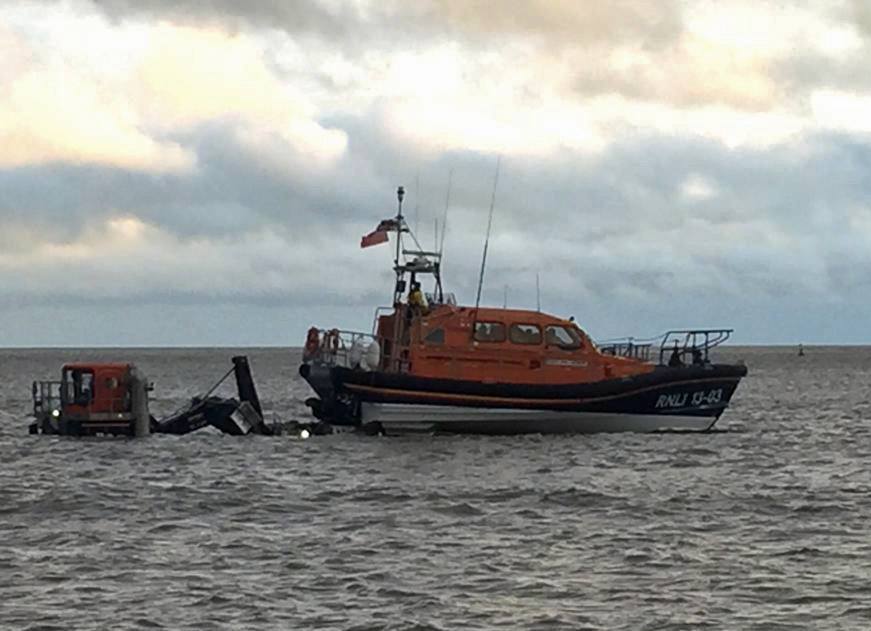 During the course of the search a woman was recovered from the sea and taken to hospital. Her condition is unknown.

Exmouth Lifeboat and the other multi agencies continued in the search for the second person, described as a male in his mid twenties. Later in the evening the Exmouth Lifeboat was stood down and returned to station at shortly after 23:00 hrs that day with the volunteer crew having been actively engaged in the task for over 7 hours.

The Exmouth All Weather Lifeboat was due to resume the search for the missing man this morning but was stood down when Dorset Police reported finding the body of a man on Hive Beach, Dorset. His family have been informed and the Coroner notified.

Exmouth All Weather Lifeboat Coxswain, Steve Hockings-Thompson said, “This was a difficult operation in severe weather and our volunteer crew worked hard over several hours in extreme conditions alongside our multi agency partners on this search and rescue task. Recently several severe weather alerts, including a yellow warning, about heavy rain, strong winds and rough tides have been issued. If you are walking along the beach it is vital to always be well clear of the waters edge especially when the sea is rough and the waves high.”