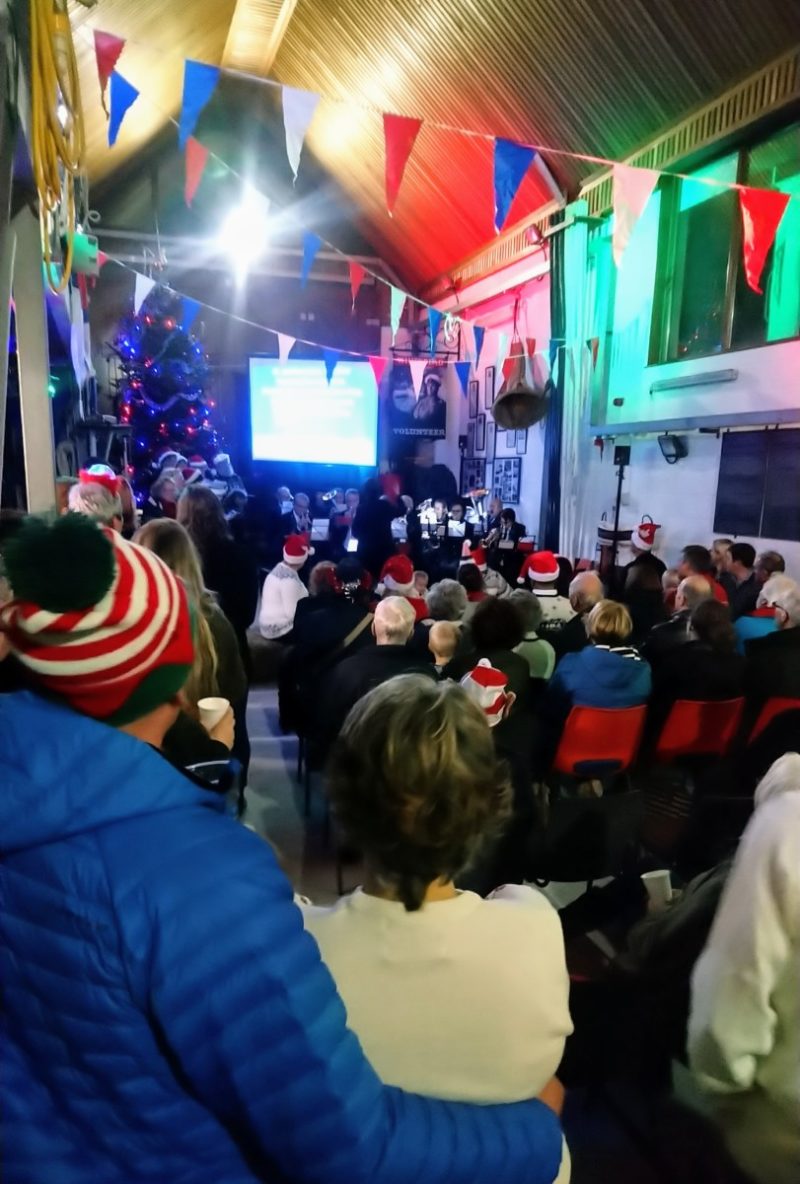 As guests were arriving for lifeboat carols at station on 21 December, Exmouth’s inshore lifeboat was tasked following the transmission of a weak Mayday call for help, somewhere in west Lyme Bay.

The D class lifeboat launched at 5.39pm and was tasked to search the river Exe for people or vessels in difficulty. Simultaneously, Teignmouth RNLI’s Atlantic class The Two Annes was tasked to search the river Teign and two fishing boats, on their way into the Exe estuary watched and listened for any signs of vessels in difficulty. The UK Coastguard was unable to pinpoint a precise location. Both RNLI Crews searched as far as their respective M5 motorway bridges, were stood down at 7pm and returned to their stations with nothing found.

Meanwhile, back at Exmouth boathouse, around 100 family members and friends of Exmouth RNLI volunteers filled the all-weather lifeboat hall to sing carols, drink mulled cider and eat mince pies. Father Christmas, dressed in yellow wellies arrived at the end of the carols and presented all good children with a gift.

The hall was decorated with lights, bunting and a huge Christmas tree donated by Kings Garden Centre. Deputy Launching Authority, Hedley Saunders was the Master of Ceremonies for the event and lyrics were displayed on a huge screen at the back. Honiton Band and the choir of Tipton St John gave their generous time and talents free for the charity’s special occasion and led the singing.

‘The event was part of the RNLI Families programme, introduced in 2015 with the aim of improving the way the RNLI engages with and supports the families of its operational lifeboat station volunteers and staff. Volunteers at Exmouth lifeboat station felt it was most fitting to have a celebration at Christmas, as this is the most anti-social time Crew volunteers can be called away by their pagers. Thank you to the Crew volunteers and their wives for organising such an amazing event.’ 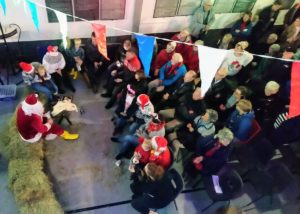