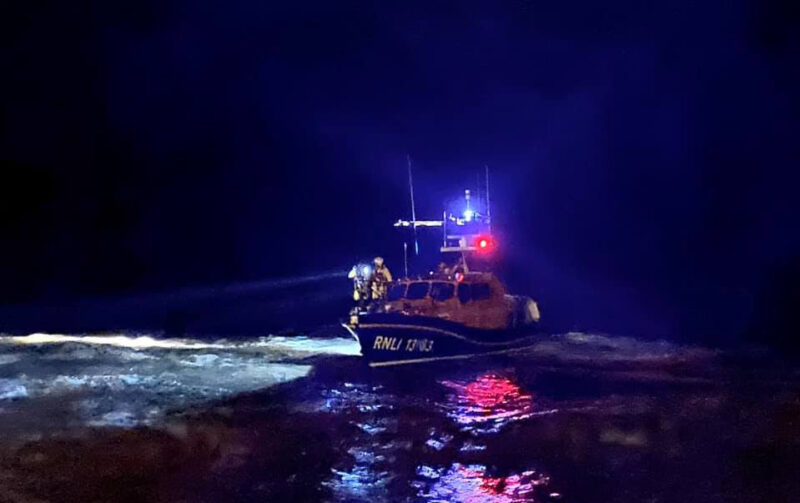 Exmouth RNLI volunteers were on a training exercise this evening (Wednesday 10 November 2021) when they were diverted to rescue a female who had fallen between Ness Cove and Labrador Bay near Teignmouth, Devon.

At 8.03pm today Wednesday 10 November 2021, the volunteer crew of Exmouth RNLI all weather lifeboat 13-03 R & J Welburn were tasked by H.M. Coastguard after a call from a 56 year old female who had fallen near cliffs between Ness Cove and Labrador Bay, Teignmouth. H.M. Coastguard Rescue Teams and Devon and Cornwall Police assisted in the assignment. 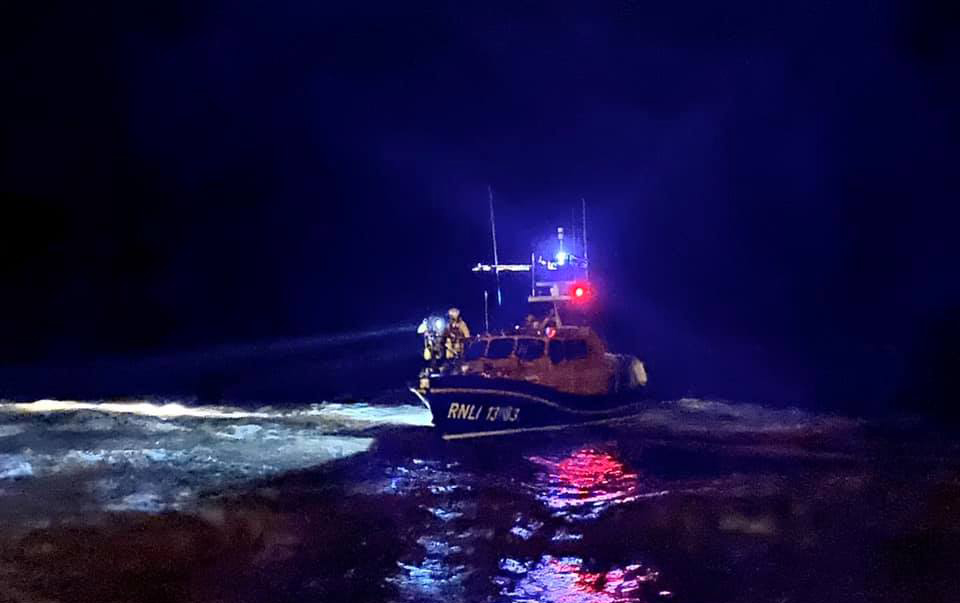 The casualty was located by the Coastguard Rescue Team at 8.24pm atop a cliff location and her injuries were assessed. At 8.52pm H.M. Coastguard stood down the Exmouth RNLI volunteer crew once a recovery plan was in place.

Exmouth RNLI Coxswain, Steve Hockings-Thompson, said ‘This was a multi agency response involving several other emergency search and rescue services. We were pleased to assist, respond quickly to the tasking and give what help we could to ensure this incident resulted in a positive outcome.’

The casualty was left in the care of the other specialist rescue services and the RNLI all weather lifeboat returned to Exmouth Lifeboat Station where it was back on service a short time later.