In what was their second assignment of the day, at 19.32hrs this evening, Tuesday 15 September 2020, H.M. Coastguard tasked both our RNLI All Weather Lifeboat, 13-33 Bridie O’Shea  and Inshore Lifeboat D-755 Peggy-D to a report of concern for a paddleboarder seen approximately 2.5 miles off the coast of Budleigh Salterton.

Both lifesaving vessels undertook an extensive, detailed search for several hours of the vicinity in which the paddleboarder was last sighted, assisted by members of the Exmouth Coastguard Rescue Team, the Sidmouth Independent Lifeboat Pride of Sidmouth and an H.M. Coastguard AW-189 helicopter, Rescue 187.

Both Exmouth Lifeboats engaged in the search for the paddleboarder 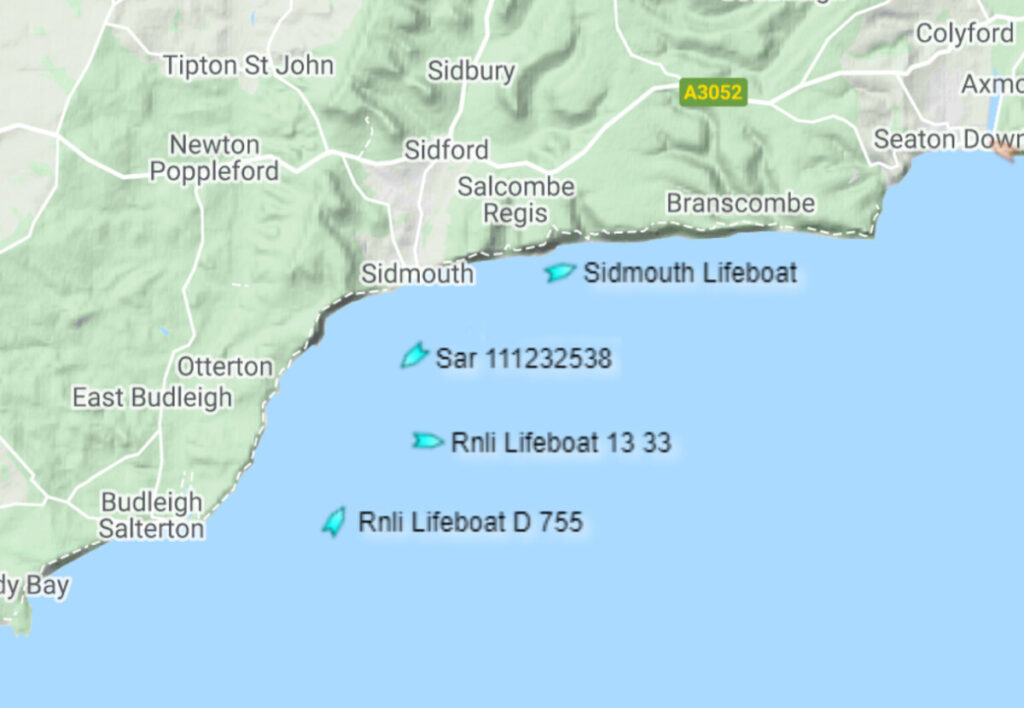 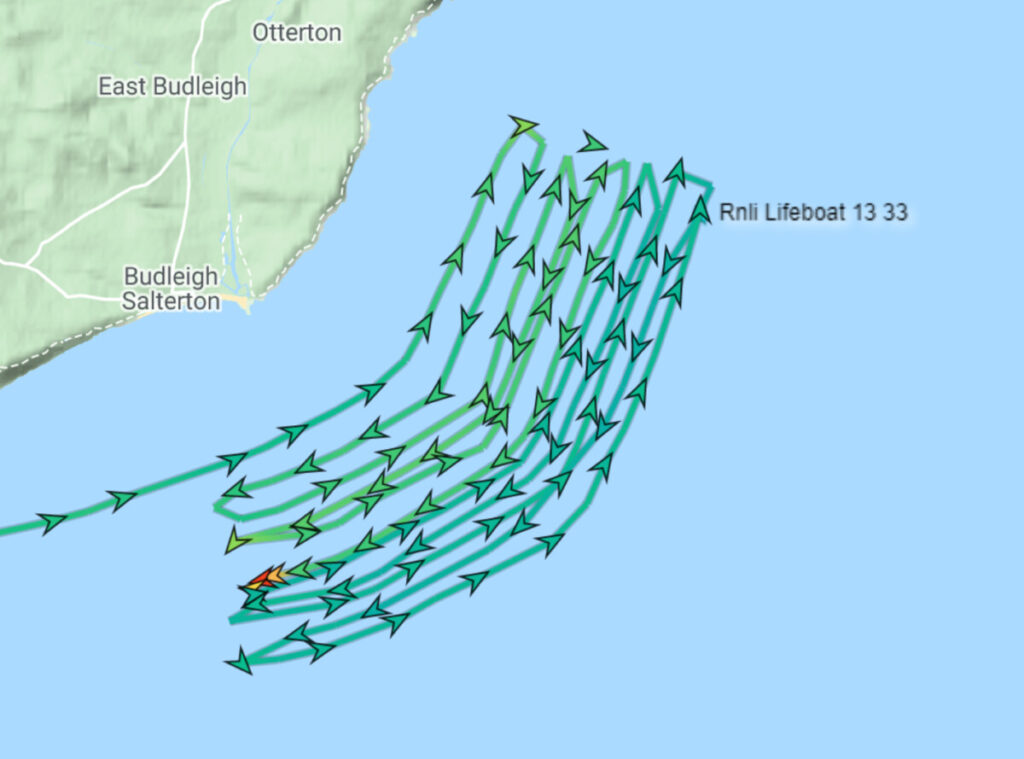 On completion of thorough searches over several hours of the relevant area with nothing found, both lifeboats were stood down shortly before midnight and returned to Exmouth where they refueled and were back ready for service shortly afterwards.

Important RNLI Safety advice for paddleboarders can be found at :   https://rnli.org/safety/choose-your-activity/stand-up-paddle-boarding