At 7.45am today Tuesday 15th March 2022, the crew of Exmouth RNLI inshore lifeboat D-805 George Bearman II were tasked by H.M. Coastguard to attend to a report of a drifting yacht. The boat was reported off Exmouth seafront, had apparently slipped its mooring, was out of control and a danger to water users.

The charity’s lifeboat, commanded by Helm, Guy Munnings, and crew Geoff Mills and Ed Thomas, launched at 7.52am and immediately sped to the last known location of the unoccupied vessel. 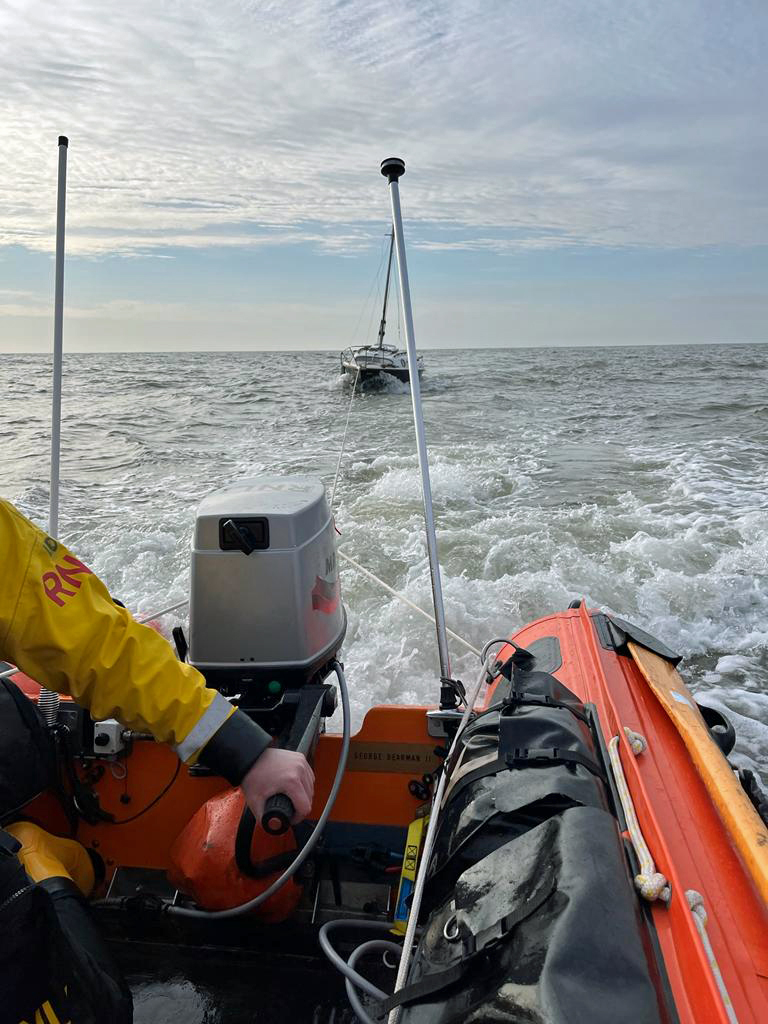 The volunteer lifesavers located the unoccupied yacht about 2 miles off Exmouth Seafront at 8.04am, took it under tow and safely recovered it to a mooring.

On completion of the assignment, and the crew having satisfied themselves that the yacht was safely secured, the lifeboat returned to Exmouth Lifeboat Station and was back on service by 9.21am.