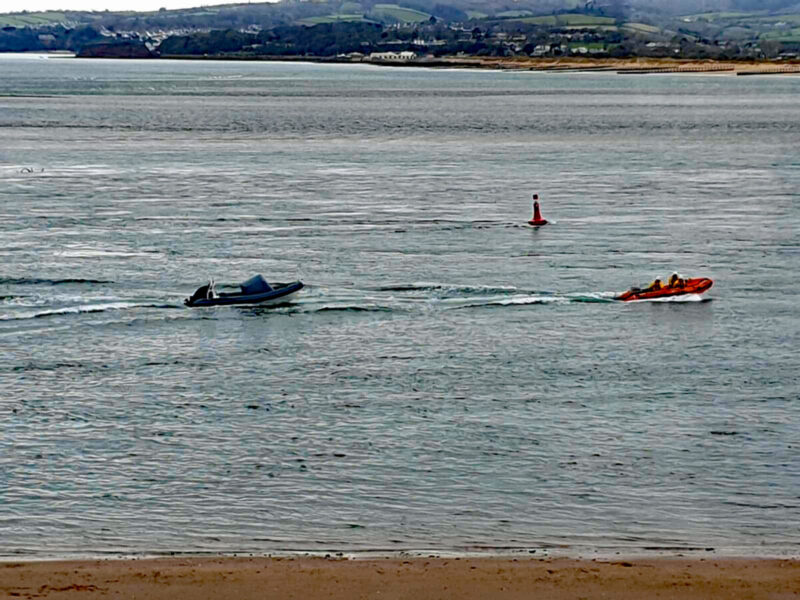 At 12.08pm today Monday 04th April 2022, the crew of Exmouth RNLI inshore lifeboat D-805 George Bearman II were tasked by H.M. Coastguard to attend to a report of a rigid inflatable boat that was drifting out to sea about 200 metres off Exmouth seafront. The assignment followed a series of 999 calls to H.M. Coastguard and the situation verified by Exmouth National Coastwatch Institution. The vessel appeared unmanned and weather / tide conditions were overcast and cold with light winds and a strong current.

The charity’s lifeboat, commanded by Helm, Roy Stott, and crew Ed Thomas and Guy Munnings, launched at 12.13pm and immediately sped to the location of the rib. The volunteer crew arrived at the vessel within minutes and were able to confirm that it was unmanned with its mooring rope frayed and broken.

The drifting boat was judged to be a significant risk to other water users so the lifesavers took it under tow to the safety of Exmouth Marina. 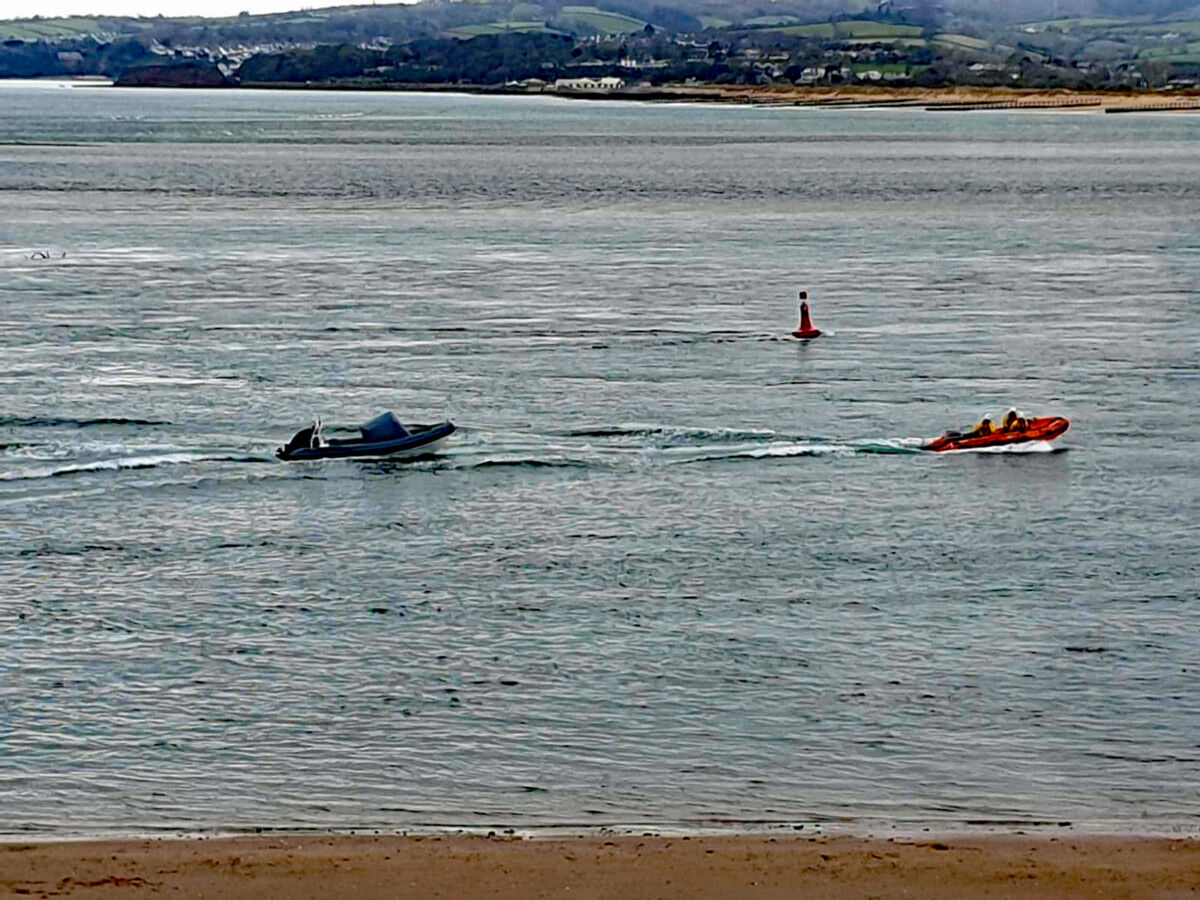 Exmouth RNLI Lifeboat Helm, Roy Stott, said “It was fortunate that H.M. Coastguard were informed of this incident promptly such that the casualty vessel was brought to safety before any damage could occur or cause further risk to water users. I would urge all local boat owners to check their moorings on a regular basis to ensure they are robust and safe.”

The lifeboat was back on station and ready for service by 12.55pm.