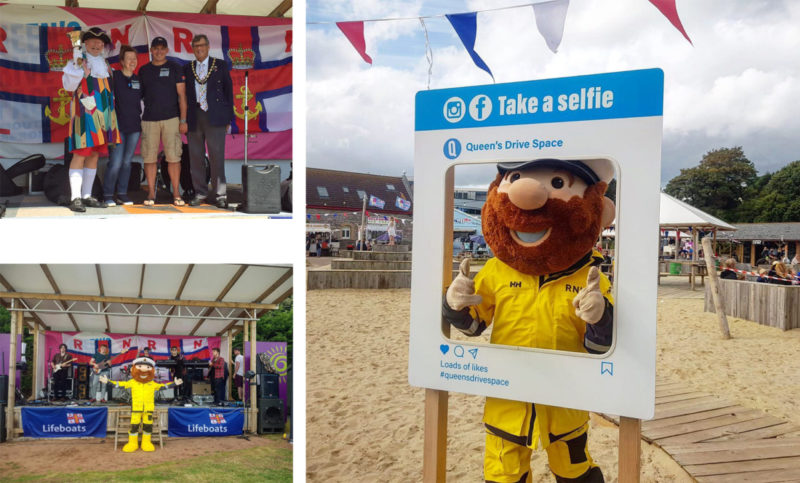 Last Saturday, 17 August the Maer Rocks Festival launched the weekend at the Queens Drive Space, Exmouth, taking advantage of a lucky break in the recent unstable weather conditions. Huge numbers came along to support the event that not only included the on site refreshment facilities but stalls from Good Game Topsham, Say Cheese, Quick Gin  and Crossed Anchors Brewing proving very popular on the day.

Face Painting for the children, Mrs Snuggles Slime, RNLI volunteers with stalls such as the Exmouth RNLI Shop; The RNLI Face to Face team, Community Safety stand, and an Inshore Lifeboat as well as RNLI Lifeguards, H.M.Coastguard, Devon & Cornwall Police and Fire Service and a very special visit from the RNLI Mascot, Stormy Stan all helped make the day a resounding success.

A fantastic line-up of diverse Bands and Artists performed wall to wall at the Festival, including Sarah Jory, Haytor, Rock The Night, Telstar, Bolynne, Stereo Social Musicians, and Poppy Fardell, to keep the crowds entertained throughout. And a big ‘thank you’ to the RAF Air Cadets, Exeter Branch who were on hand to assist with marshalling and keeping the site tidy and litter free. 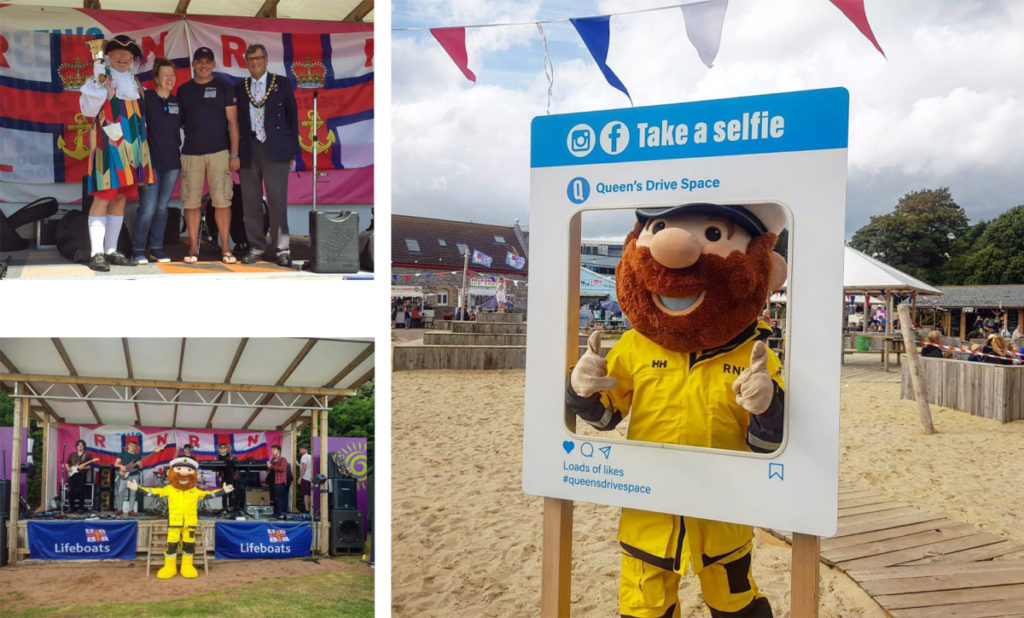 The event, being described as inaugural, focussed on promoting the RNLI Sea Safety message to all, with a special emphasis towards the younger generation and highlighted the current RNLI ‘Respect The Water’ and ‘Float to Live’ campaigns promoted by the charity’s volunteers.

The following day, Sunday 18 August 2019 saw the Open Day at the Lifeboat Station itself.

Once again, the annual Open Day gave a perfect opportunity for everyone interested in the Exmouth Lifeboat Station, its all-weather Shannon class Lifeboat, R and J Welburn, the D class Inshore Lifeboat George Bearman II, equipment, volunteer crew, fundraisers and other staff, to find out what they do and how they do it.

Activities included Launch the Lifeboat, Throw Sponges at the Crew, and What’s in the Welly, with special attractions such as Toffee Nosed, Beach Buddies Puppet Show, Face Painting and more.

The Station’s RNLI Shop was open throughout and over 600 people took advantage of the guided tours of the lifeboat station during the day and official guides, crew volunteers and the RNLI Community Safety Officer were on hand throughout the day to explain their roles and to answer questions. 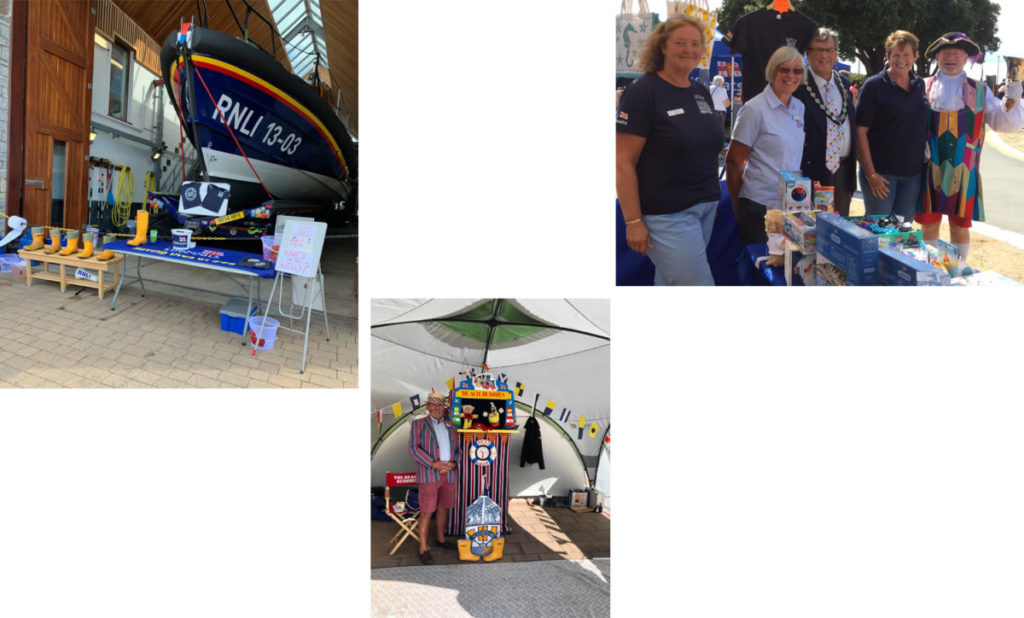 Grateful thanks to Exmouth’s Mayor, Steve Gazzard and the Town Crier, Roger Bourgein, who came along to officially open and support both events.

As well as all those too many to mention who took part and contributed to the weekend’s fundraising activities, special  thanks must go to The Point Bar & Grill, East Devon District Council, Fever & Boutique, Exeplorer Water Taxis, Tesco Exmouth, Exe Wake, Rockfish, Ocean Leisure, Stuart Line Cruises, the Land Train, the Pavilion Theatre, Devon EMS Ambulance and CSG Pollitt of Exeter.

And, of course, the many hundreds who came along to support the weekend.

“Thanks to a huge team effort from both RNLI staff and volunteers behind the scenes the inaugural Maer Rocks Festival was a resounding success. We were able to promote the current RNLI water safety messages to a huge audience and also entertain them with some incredible live music for free. This as a way of giving something back to the community whose continued and valued support is vital for us to continue saving lives at sea.“

“All the RNLI volunteers were overwhelmed with the generosity shown towards the RNLI over the weekend.  Not only from the suppliers and artistes who were most generous with their donations and time, but also from our visitors who contributed so much to the funds which are vital in our continuing role of saving lives at sea. And I must include a special thanks to all our RNLI volunteers here in Exmouth who gave their time and effort to organising this amazing fundraising weekend.”