At 21:42 hrs yesterday, Saturday 23 May 2020 Exmouth’s RNLI temporary lifeboats, the Inshore Lifeboat D-755 Peggy D  and All Weather Lifeboat 13-33 Bridie O’Shea were alerted by H.M. Coastguard to a report of a rowing boat in difficulty on the River Exe.

Following the information both lifeboats were launched shortly afterwards by volunteer crew members – the Inshore Lifeboat under the charge of Helm, Henry Mock and the All Weather Lifeboat commanded by 2nd Coxswain Scott Ranft and immediately made their way to the area to search for the vessel.  The inshore lifeboat searched a large length of the river whilst the crew of the larger all weather boat maintained vigilance at the river estuary. 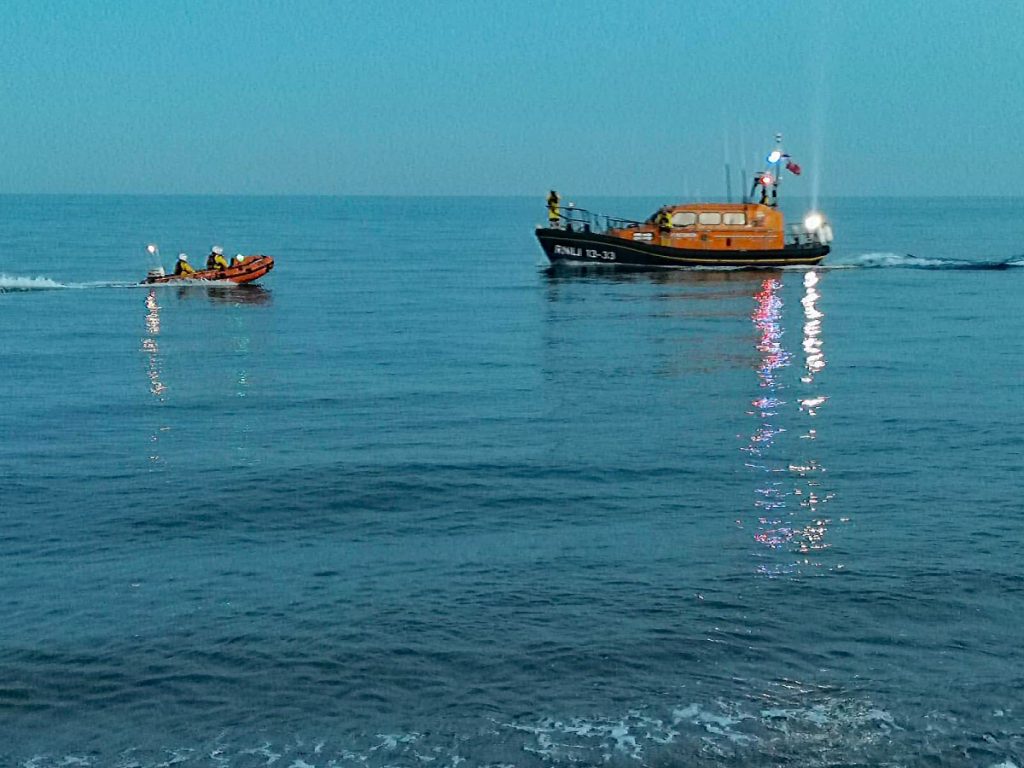 After a brief search two men were discovered in a rowing boat having struggled to combat the changing tide, both had got very wet and neither were equipped with lifejackets. The two, one of which was a non-swimmer, were taken to the safety of land where they were met by an ambulance crew who administered medical checks. Both were cold and wet but it is not thought that either were injured.

Both Lifeboats returned to Exmouth RNLI Lifeboat Station at 23:29hrs on completion of the assignment and were back on station ready for service shortly afterwards.

Exmouth RNLI Helm, Henry Mock said “The two individuals had found themselves struggling to row against a significant tide that had changed during the period they were on the river. It’s very important for water users to be aware of changing tides as they can present hazardous conditions. Our safety message is to advise everyone taking to the water to ensure they have proper safety equipment and, in particular, lifejackets. I am pleased that we were able to assist these gentlemen and the incident had a successful outcome.”

As the charity that saves lives at sea, the RNLI are always happy to give water safety advice that can be found on the RNLI website at :