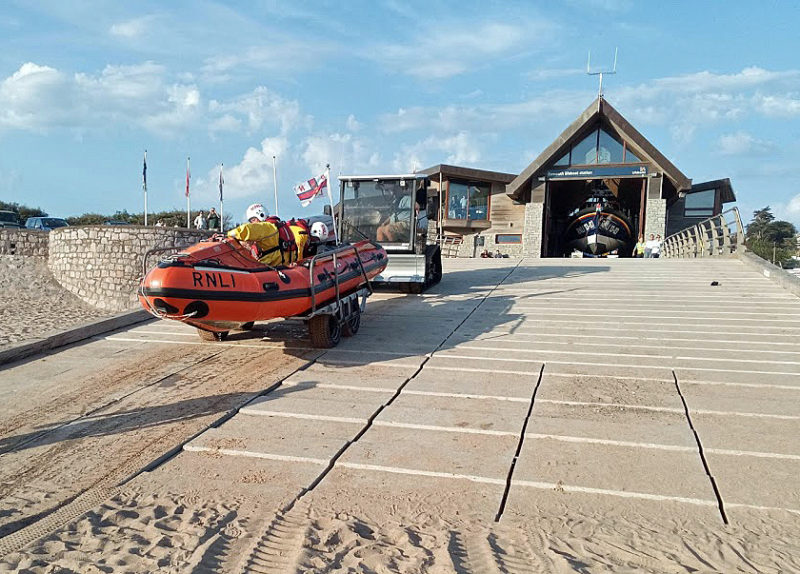 Exmouth RNLI Inshore Lifeboat George Bearman II launched during the evening of Thursday 25 July 2019 following a report by a member of the public that a swimmer was in difficulties off Exmouth seafront.

At about 7:10pm volunteer Crew members at the Lifeboat Station in Queens Drive, Exmouth were alerted to a male teenage swimmer in difficulties about 200 metres off the coast. The lone youngster, who came from the East Midlands, appeared to be struggling against the tide.

The Exmouth Inshore Lifeboat George Bearman II  was launched immediately and rescued the young man who was bought to shore within a few minutes. He appeared uninjured but crew and ambulance personnel administered casualty care at the station. 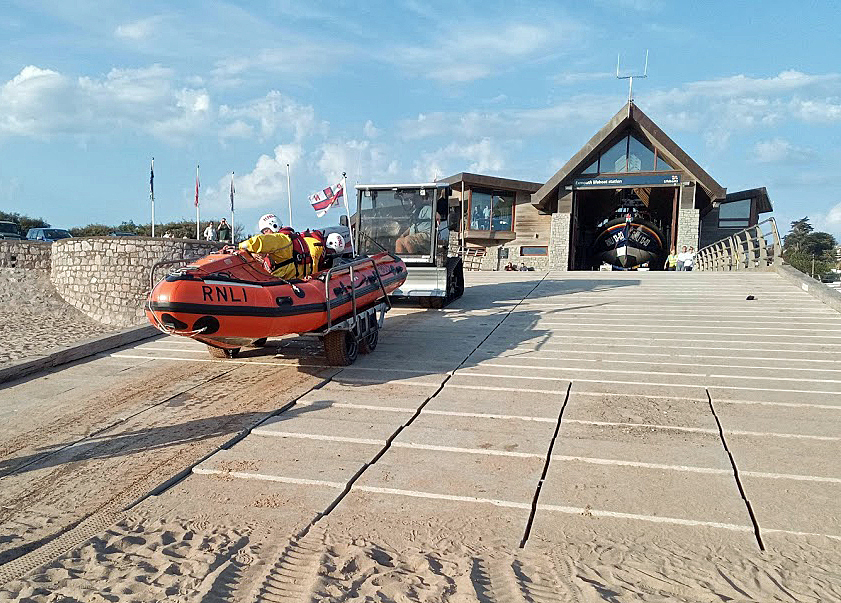 Volunteer Inshore Lifeboat Helm, Harry Griffin, who led the rescue, said “This young man was very lucky, he had swum out over 200 metres and got caught in a strong tide. It is so important that swimmers know the local area and are aware of the dangers of extreme currents. On this occasion a member of the public reported the incident at the boathouse but it should be remembered that our station isn’t manned round the clock and any emergencies should always be reported via 999 or 112 to the Coastguard.”

RNLI offer key safety advice through its ‘Respect The Water’ campaign that advises swimmers to: