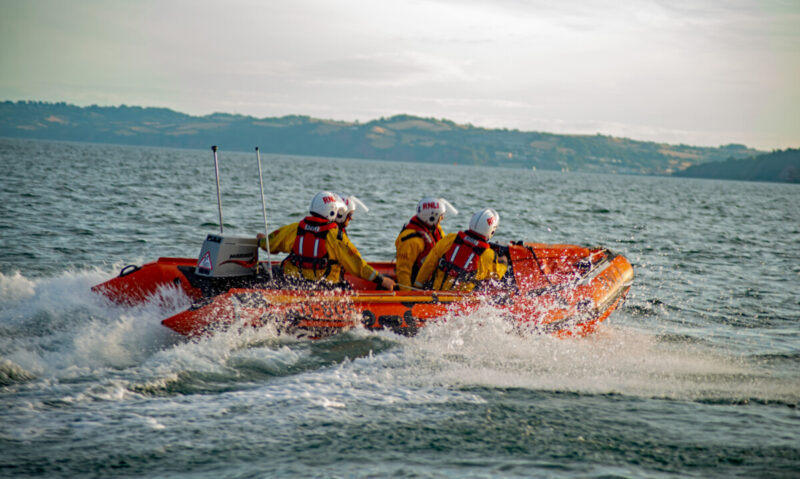 Exmouth RNLI lifesaving volunteers were tasked this evening to a report of an unresponsive swimmer in the sea off Holcombe. 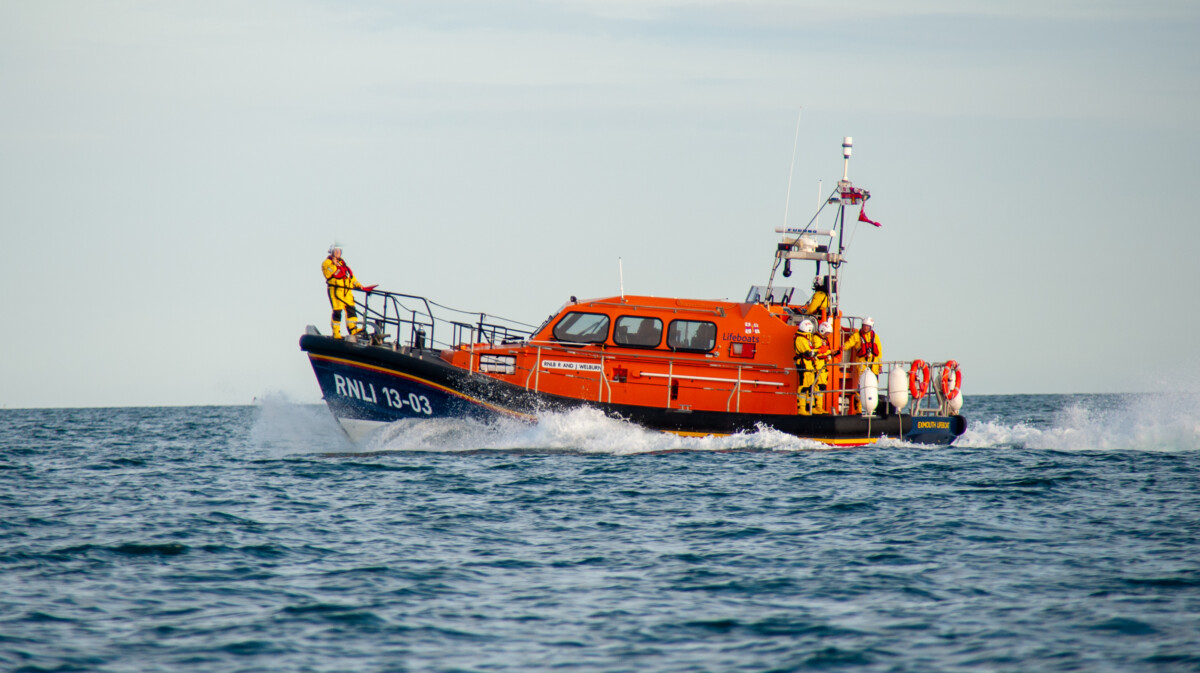 The volunteer lifesavers, who were at Exmouth Lifeboat Station on exercise, launched immediately and, together with Teignmouth B-Class lifeboat B-809 The Two Annes, an H.M. Coastguard Rescue Helicopter, commenced a search of the locality. They quickly located the casualty, who had been free diving in the area, and he was taken on board the Teignmouth lifeboat, given emergency first aid and conveyed to Teignmouth Lifeboat Station where he was further treated by an ambulance crew and conveyed to hospital. A Coastguard Rescue Team and Air Ambulance also attended the incident,. 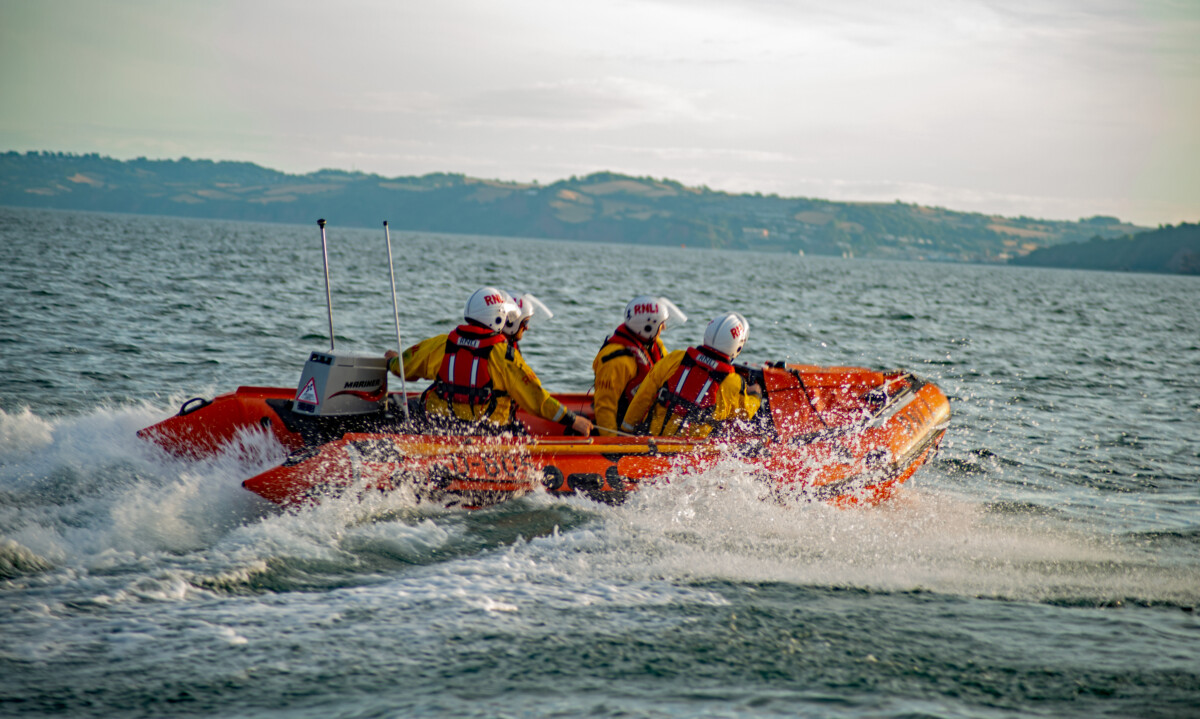 Both Exmouth RNLI lifeboats were then stood down and resumed their training exercise.