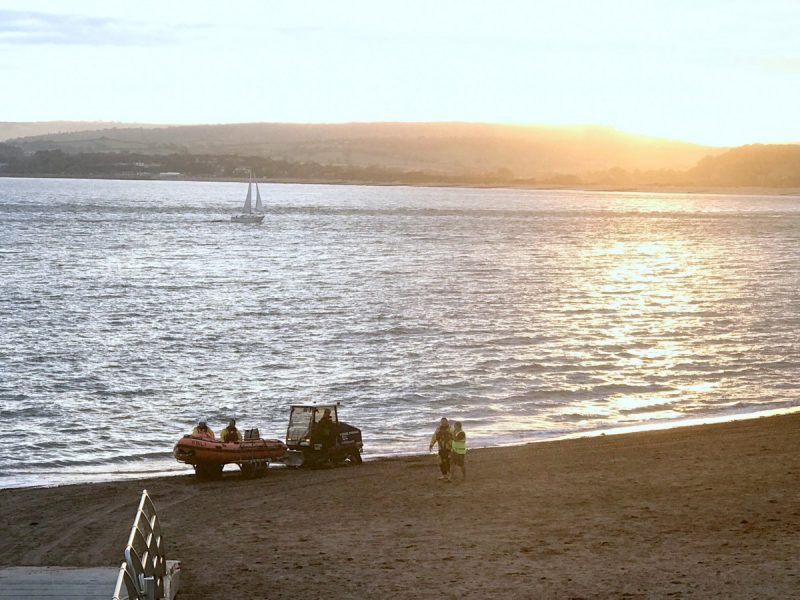 Exmouth’s inshore lifeboat launched at 5pm on 8 October to reports of two adults and two children, in difficulty landing a boat on Budleigh Salterton beach.

Crew volunteers arrived on scene within 15 minutes and Exmouth Coastguard Response Team had secured the swamped 16’ Raider in the surf. The uninjured casualties had already been taken ashore to warm up, as one woman had entered the water.

The scene was assessed, a volunteer placed on board to bale out the water until it was dry and to start the engine. The D class lifeboat escorted the leisure boat to Exmouth Marina under its own power.

Shannon class lifeboat R and J Welburn was on standby to assist if a salvage pump was needed, but as no lives were at risk, the all-weather lifeboat returned to station.