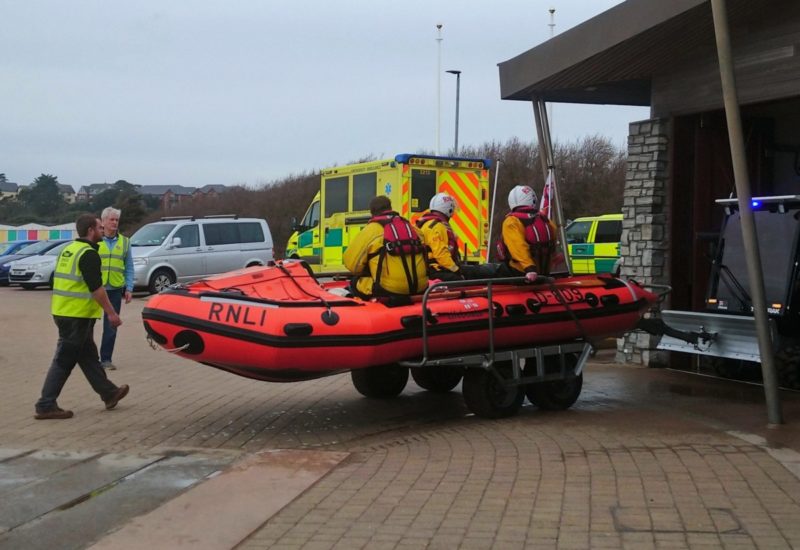 Three Exmouth RNLI Crew volunteers were on scene within five minutes. Two of the Crew brought the basket stretcher ashore to the casualty on the beach and together with four coastguards, recovered the man back to the D class lifeboat. On arrival at the lifeboat station, the casualty was passed over to an awaiting ambulance crew, with assistance by Shore Crew volunteers and reunited with his wife he had been walking with.

‘The correct call was made in asking for help early, well before rising tide or failing light, as these would have made any response more challenging. The agencies involved provided a joined-up response, working well together to get the casualty the help he needed. We wish the gentleman a speedy recovery.’