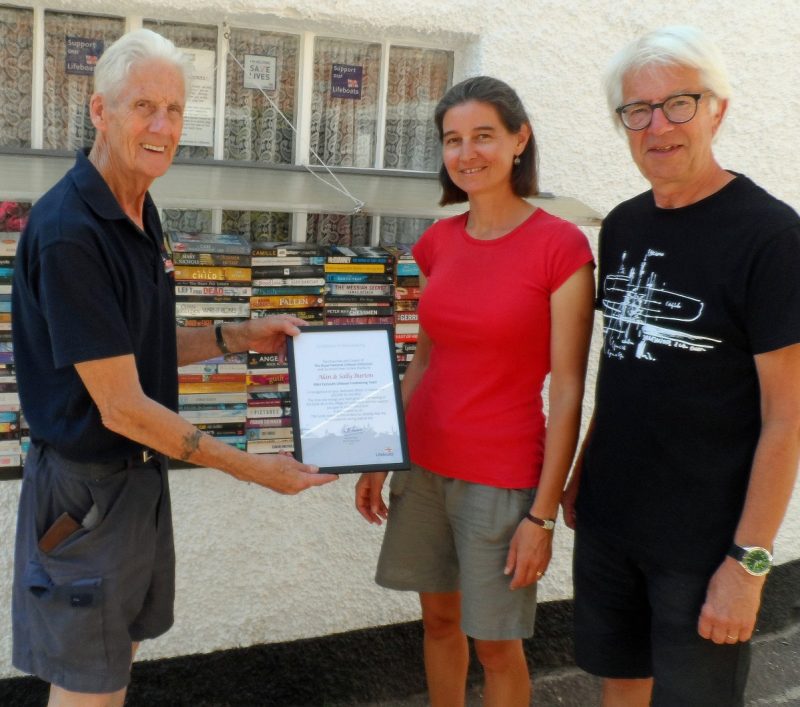 A Lympstone couple have received national recognition of their charity efforts raising over £20,000 for the Exmouth RNLI.

A presentation to Alan & Sally Burton took place last Saturday 14th July following their raising of over £20,000 in Lympstone for the RNLI.  The Booksill, which has been running for 14 years, offers for sale unwanted books generously supplied by Lympstone Villagers on a window sill in the centre of the Village.

Alan Burton said, “This amazing total directly reflects the fantastic generosity of the community here in Lympstone.  It only works because of the never-ending supply of books and the kind donations given on purchase. Right at the beginning I wanted the Booksill to be inclusive, so the books are not priced, and we accept any sum of money for any book. The important thing is that as many books as possible find appreciative new readers.”

Sally said, “The RNLI is in our blood and it is terrific to have achieved such a momentous total over the years in support of the volunteer crews.”

Their RNLI ‘Excellence in Volunteering’ Award, issued by the Chairman and Council of the Royal National Lifeboat Institution, cites the couples ‘dedicated efforts in raising over £20,000’ and their ‘time and energy given to running the Booksill in Lympstone’. 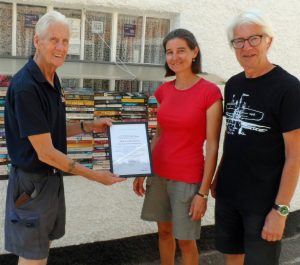