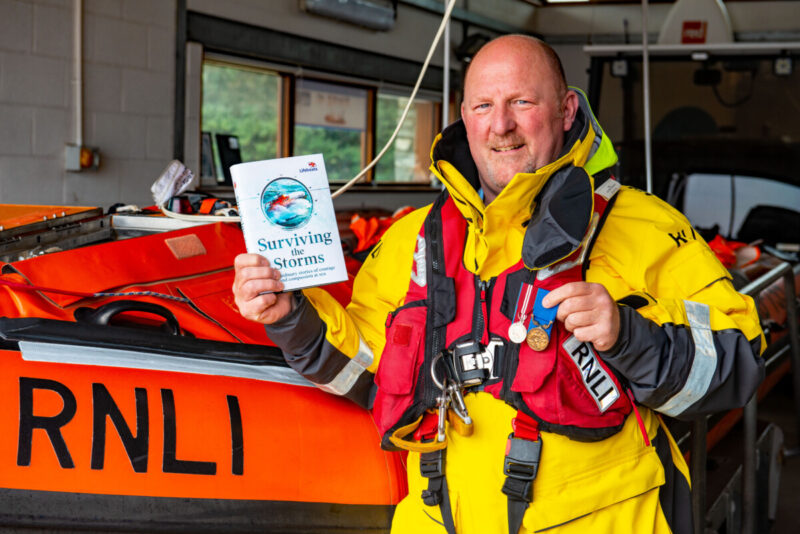 A new book, published just yesterday, describes in detail no less than eleven true accounts of individual real live rescues by volunteer RNLI crews across the UK and one such assignment features an incredible rescue by courageous Exmouth RNLI volunteers in 2011.

The book, published in hardback, is called ‘Surviving the Storms’, and it brings together several amazing first hand accounts of rescues by some of our remarkable RNLI lifesavers.

In the collection of heart-wrenching and life affirming missions, the book features detailed descriptions of some of the most dramatic rescues at sea from the last twenty years. Each experience is relived through the eyes of the volunteers as they put themselves in harms way, face extreme conditions, make life or death decisions and tackle difficult and dangerous situations.

There are also remarkable individual accounts of bravery, jeopardy and an unrelenting commitment to battle against the forces of nature towards saving every life at risk. Our RNLI volunteers are part of a bigger family of individuals, each committed in different ways, to join together as one crew with one common objective – to save lives at sea. Just ordinary people doing the truly extraordinary.

One such account is that given by RNLI Deputy 2nd Coxswain Roger Jackson, who has served at Exmouth Lifeboat Station since 1998.  His blow by blow account in the chapter ‘Reason to Recover’ about a rescue of four young men whose boat had capsized in stormy conditions off the Exmouth coast in October 2011 is both captivating and inspiring.

It tells of how he and his two fellow crewmen,  Mark Champion and Andy Williams, put themselves at significant risk as they rescued the casualties one by one in fearsome conditions that necessitated their return to the scene of the incident not once, but four times. All crewmen received official recognition of their bravery, and Roger was awarded the RNLI Bronze Medal for Gallantry.

But as the title of the chapter suggests, Roger’s story goes much further. It tells of the role his being part of the RNLI family played in his recovery from a serious accident in which he risked losing both legs.   It focusses on his realisation of that risk, how he might never walk or run again, or ever go back on a lifeboat, and his determination, despite eighteen major operations, countless skin grafts and years of physiotherapy, to get back into RNLI service and prove the doctors wrong. 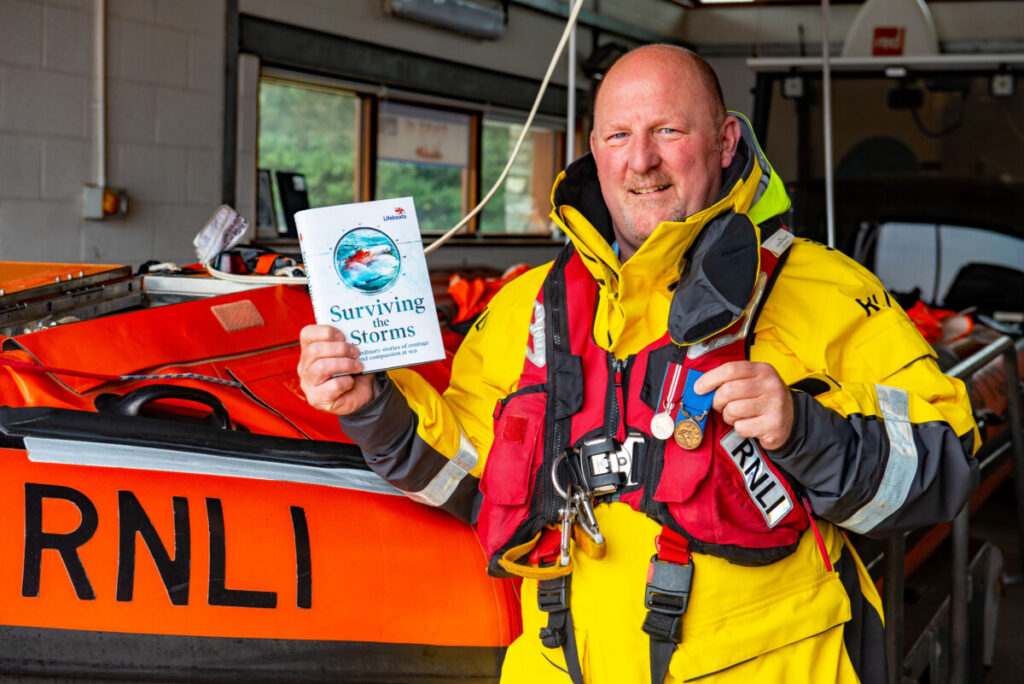 Roger said, “I’m really pleased to be part of this amazing book and the insights it gives of the risks our RNLI volunteers take each time they launch a lifeboat. I hope my story goes some way to inspire others, especially during the current difficult times, where many find themselves suffering tragic circumstances, to always have a goal, look to the future, aim high and never give up.“

‘Surviving the Storm’, with foreword written by the President of the Royal National Lifeboat Institution, HRH The Duke of Kent, is published by Harper Collins and is available online from all good book stores. A royalty from each sale will be paid in support of the RNLI.