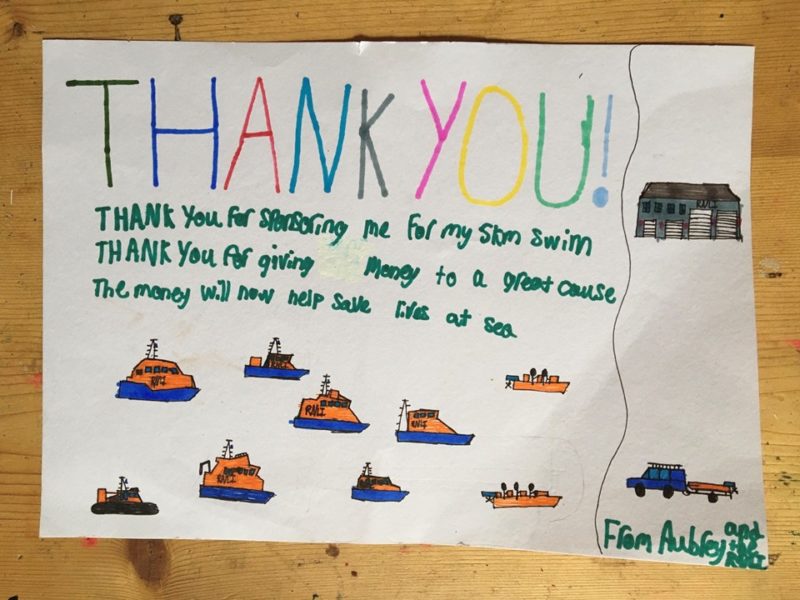 Eleven year old Aubrey Green, from Wilmington, has recently raised £300 for the RNLI following a successful 5k sponsored swim that he completed for the lifesaving charity in January.

Aubrey, a keen swimmer, set up a Just Giving fundraising page for his campaign and before he embarked on his challenge said “I want to help the RNLI because they save people at sea and I also do lifeguarding so I know how hard it is to help people in the water. I swim in the sea and have been out on a kayak so I know how dangerous it can be.”

Aubrey, who completed his goal at the Flamingo Pool in Axminster in just over 2 hours, raising the remarkable sum via his online fundraising and subsequent sponsorship for the national and local lifesaving charity respectively.

Following his achievement Aubrey, who thanked his online sponsors with a painting, said, “I completed my 5k swim at the Flamingo Pool and I am very pleased with my time of 2 hours 23 minutes. Thank you all for your kind donations – I’m looking forward to taking them to Exmouth Lifeboat Station to hand them over and see the Lifeboats again.” 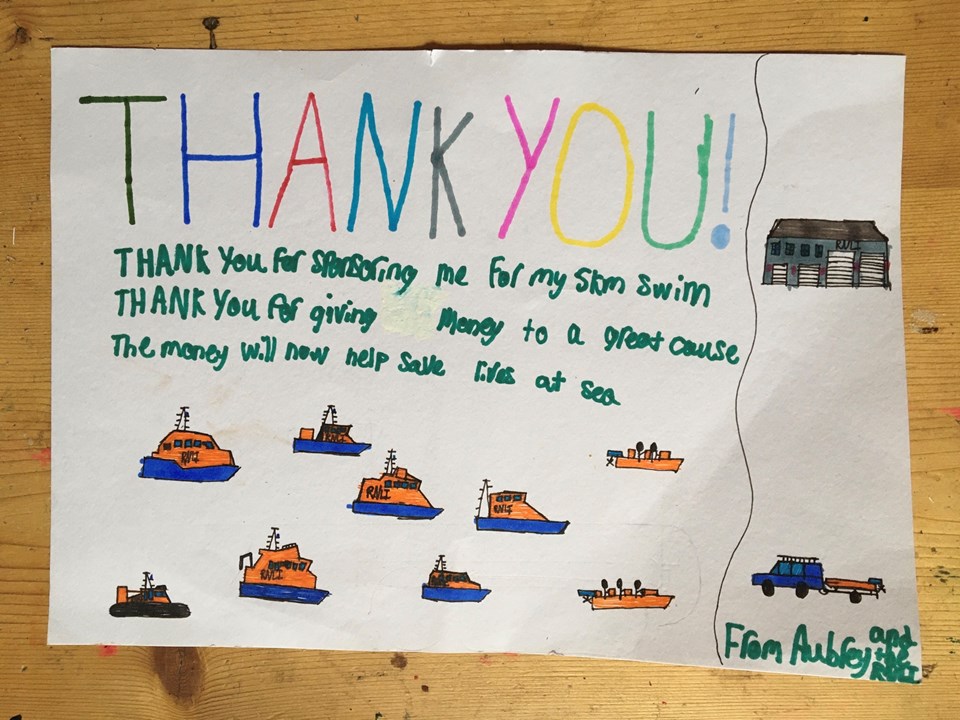 Aubrey thanked his sponsors with a painting

On 19 February 2020, at Exmouth RNLI Lifeboat Station in Queens Drive, Exmouth,  Aubrey was presented with a special ‘RNLI Certificate of Thanks’ in recognition of his incredible efforts. The certificate was presented by Exmouth RNLI Second Coxswain Scott Ranft and other volunteer crew members, before he was treated to a tour of the lifeboat station, its two lifeboats and lifesaving equipment. 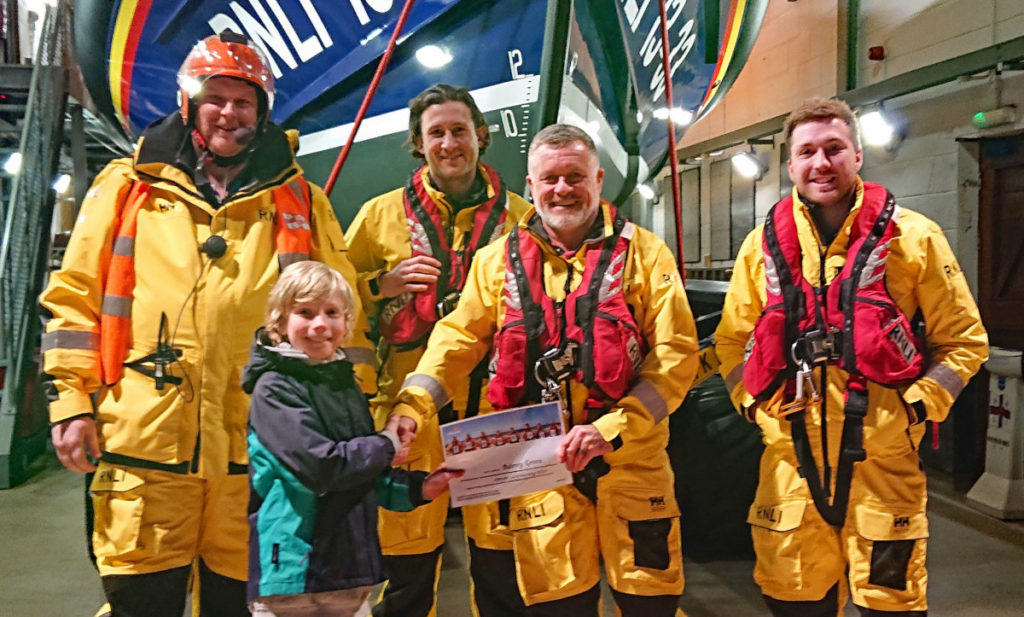 Aubrey is presented with his certificate by Second Coxswain, Scott Ranft and members of Exmouth RNLI Crew

Aubrey’s mother, Tamsin, said, “Please pass on our thanks to the team at the Lifeboat Station – Aubrey was absolutely delighted with his visit. I am sure he will be telling everyone about it for a long time! The whole thing has been such a wonderful positive experience for us all. Aubrey has been proud to raise money for such a worthy cause.”

Chair of the Exmouth RNLI Fundraising Team, Robin Humphreys, said “Aubrey was introduced to all the crew before they went out on exercise.  When they were told the distance he swam and the amount of money he raised the crew gave him a massive round of applause.  This was well deserved.  We are extremely grateful that he chose us as the charity for his sponsored swim.  He is already carrying out junior lifeguard duties and he knows how vital it is to be safe in the water.”