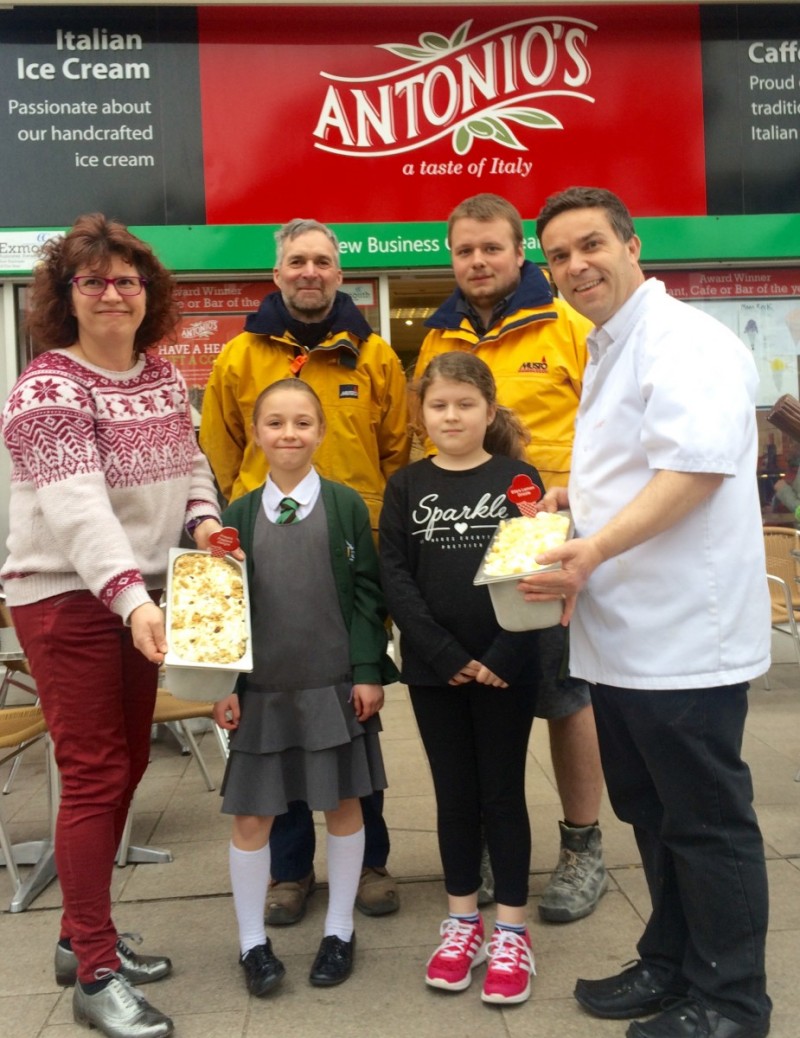 Antonio’s ice cream parlour in Exmouth have announced their 2016 ‘design an ice-cream’ competition winner, with the proceeds of the sales going to Exmouth RNLI, and this year the competition entries were so amazing Tony chose two winners!

Antonio’s has successfully run their annual ‘design an ice cream’ competition for three years and has so far raised an amazing £1300 for Exmouth RNLI from the sales of the winning ice creams. This year’s  competition has attracted over 200 entries, the competition is open to all primary schools in the area, and the standard of the entries this year was more than Tony could have hoped for, ‘I could not decide on an overall winner this year, so after much consideration and tasting we decided on two winners.’

All the short listed winners received vouchers for Antonio’s and the winners left with a huge tub of their winning icer cream design. Many thanks to Antonio for his continued support of Exmouth RNLI 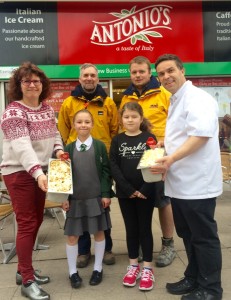 The 2 competition winners with their winning ice cream creation 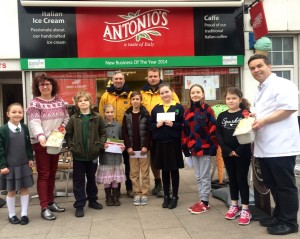 All the runners up