Both Exmouth lifeboats launched for windsurfer search in difficult conditions 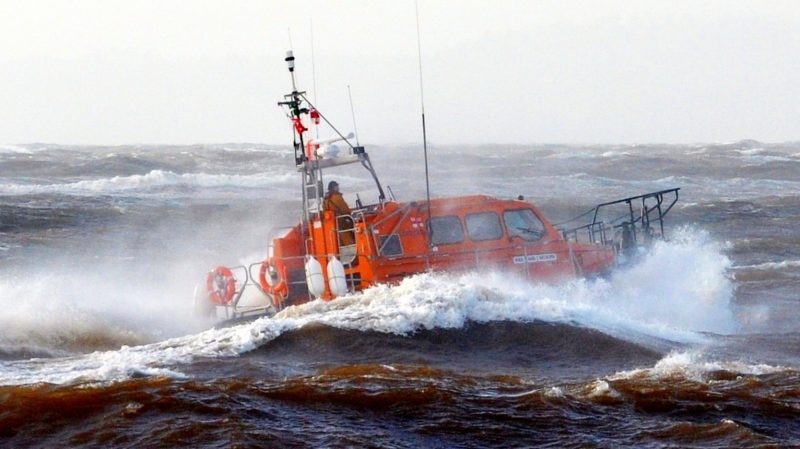 Both Exmouth lifeboats launched for windsurfer search in difficult conditions

Shannon class lifeboat R and J Welburn and D class George Bearman II launched on the morning of 2 February following reports from various members of the public to the Coastguard concerning a windsurfer in difficulty in the river Exe.

George Bearman II launched at 10.15am and searched as far as Lower Halsdon Farm. Launching at 10.30am, R and J Welburn searched the channel as far as Lympstone. Both boats were stood down at 10.35am as the casualty was located ashore by Devon and Cornwall Police.

‘We launched from Imperial slipway where the casualty was seen launching from and proceeded up river. After launching in difficult conditions – Force 6/7, heavy breaking seas and a swell of 2m, our volunteers searched for 20 minutes until the casualty was located safe, ashore. However, we continued our search a bit longer as we had a further report of a board in the river and somebody else could have been in danger; but this proved to be a false alarm.’

‘We’ve only really had two occasions where we’ve had to launch on service in testing conditions since we received our Shannon in May 2014 but we are prepared for all weathers. Although the sea conditions were extremely challenging, I felt confident with our regular Shore Crew training. I received wise advice from our Coxswain, Steve Hockings-Thompson over our headsets to proceed directly down the ramp and turn left quickly to minimise any risk to R and J Welburn and its launch and recovery system. Together, we just waited for the right moment in the waves to co-ordinate the launch.’