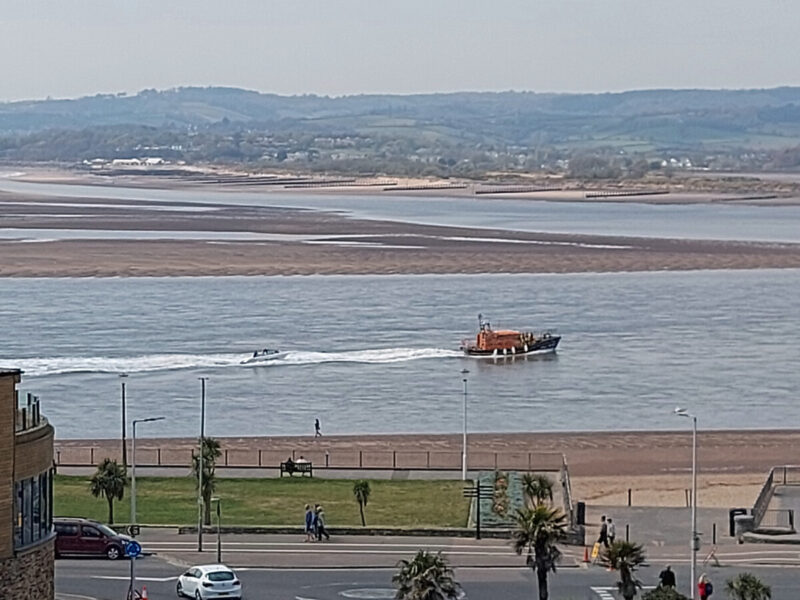 At 11.38am today Tuesday 27 April 2021 Exmouth RNLI all weather lifeboat 13-03 R & J Welburn was launched having been tasked by H.M. Coastguard to a report of a 24ft speedboat suffering from engine failure, out of control and being taken out to sea by a strong tide.  Its location was reported as approximately 100 metres south west of Orcombe Point and drifting.

The lifesavers quickly located the casualty vessel, that had three individuals on board, assessed the situation and towed the speedboat back to Exmouth Marina, arriving there at 12:28pm.  None of the occupants of the boat were injured or required medical assistance. 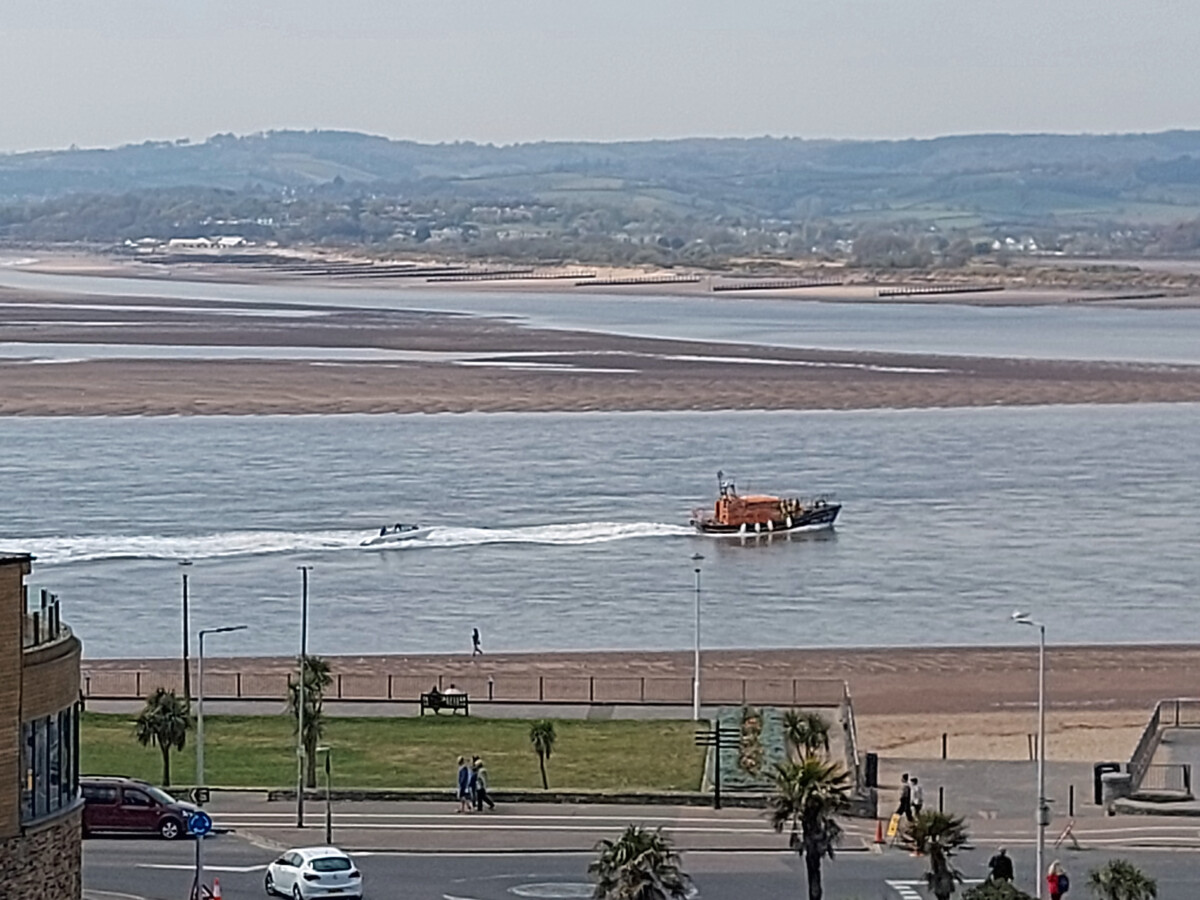 Exmouth RNLI Coxswain, Steve Hockings-Thompson said, “This was an unfortunate incident where a speedboat had suffered a serious engine failure in difficult sea conditions. The vessel and its occupants, who all had buoyancy aids, was towed to safety and I was pleased myself and my crew were able to help with this rescue. Our advice to those going to sea in yachts and motorboats is to check your engine, wear a lifejacket, have a means of calling for help, preferably a VHF/DSC radio, and check weather / tide times before embarking.”

The lifeboat then made its way back to its mooring on the Exe Estuary where it was back on service a short time later.

More detailed RNLI safety advice on sailing and boating can be viewed at this link :