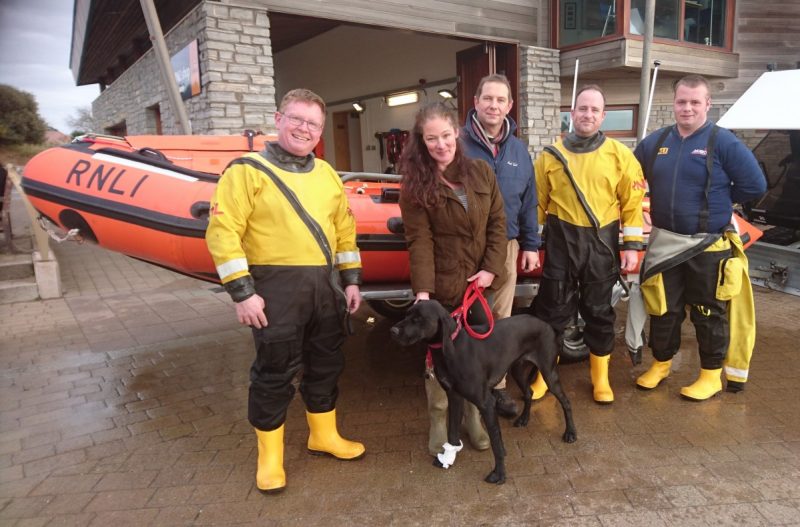 Philippa and Michael were walking Luther, a half German Pointer / half Hungarian Vizsla on their first date, to Sandy Bay and back when he slipped down the cliff face after looking at the view. They called 999 and asked for the Coastguard who in turn, tasked Exmouth lifeboat volunteers.

On scene within four minutes, Crew volunteers discovered Luther on the beach and took him to safety on board the D class lifeboat. Once back at the station, they bandaged his cut paw which was sustained during his fall.

‘We do our best to advise the public to keep their dogs on leads when walking along the cliffs. Philippa and Michael did the right thing to call 999 and not attempt rescue themselves as this could have put them in danger themselves.’ 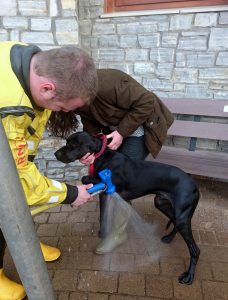 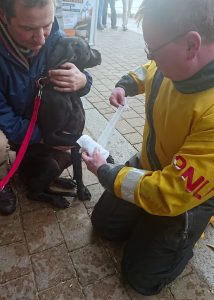