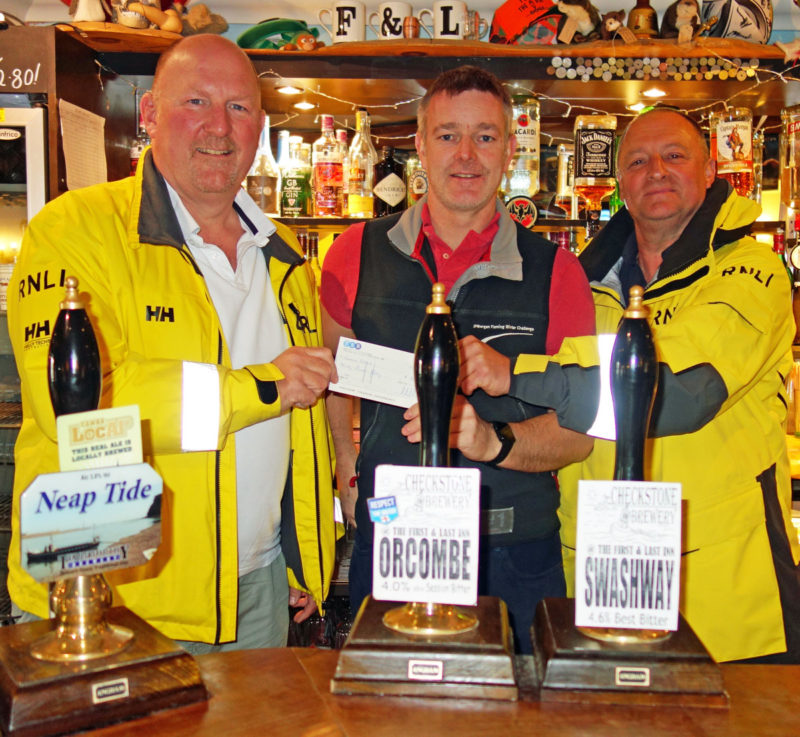 The campaign, brainchild of Landlord, Mark Williams, saw the pub donate 50p from every pint of their own locally brewed Checkstone beer throughout the Six Nations Rugby event earlier in the year.

Mark said “We have always been keen supporters of the local RNLI charity and its volunteers and know just how important it is in a coastal town such as ours. I am only too pleased to make this donation.”

On receiving the cheque, Exmouth RNLI Deputy Coxswain Roger Jackson said “As the charity that saves lives at sea we are always grateful for donations that help go towards training and equipping our volunteer lifeboat crew and I would like to thank Mark for supporting us with his campaign.” 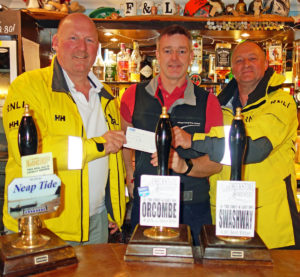