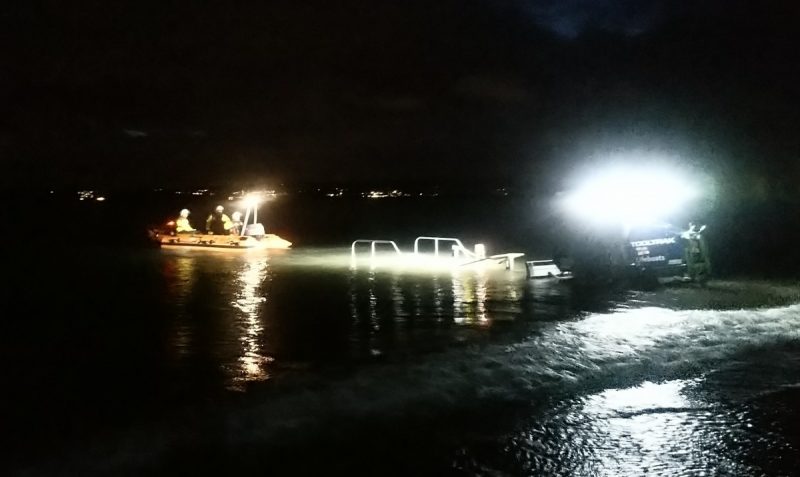 Inshore lifeboat George Bearman II launched at 6.04pm on 27 October to two solo dinghy sailors in difficulty in the river Exe, as light was fading rapidly.

In force 4 conditions with wind over tide & in bitterly cold squalls, Crew volunteers transferred both men, one by one to Starcross Yacht Club.

The first casualty had called the Coastguard after his 12’ dinghy had gone aground on Bull Hill, a shingle bank in the river Exe. Crew volunteers returned to second casualty who had tried to make his way in fading light, but had taken on water. Both casualties were cold and tired due to the conditions. Safety advice was given.

‘The first casualty did the right thing and called the Coastguard using his mobile phone, although a VHF radio would have been a more reliable method of communication. The second casualty had taken on a substantial amount of water in his dinghy, he was struggling and could have found himself in a more serious situation in the dark if we hadn’t assisted him at the time.’

George Bearman II was ready for service again at 7.10pm.